The two largest Middle Eastern airlines in terms of passengers are starting the year on a high note. Qatar Airways has seen its traffic rights increase in the EU, and Emirates, which is expanding rapidly, is able to take advantage of the financial problems of other airlines to recruit personnel.

The Emirate and the European Union have announced that they have signed an aviation agreement that will provide "an important competitive advantage" for airlines of both parties with "unlimited and unrestricted access to their respective territories".

As the first agreement of this kind between the EU and a country of the Gulf Cooperation Council, European companies will benefit from a route to Doha. They will benefit from the good dynamics of arrivals from Europe into the emirate, which have continued to grow over the past five years. But the big winner in this agreement is Qatar Airways, which, with its hub at Hamad International Airport, will be able to multiply its connections between Europe and the rest of the world.

What tourism strategy for the emirate? Qatar, the dream of a tourist destination

Akbar AL Baker, CEO of Qatar Airways approaches "the principal of loyal competition very simply: equal access to the markets, competition for market shares based on products and services that the customer wants and is ready to pay for." 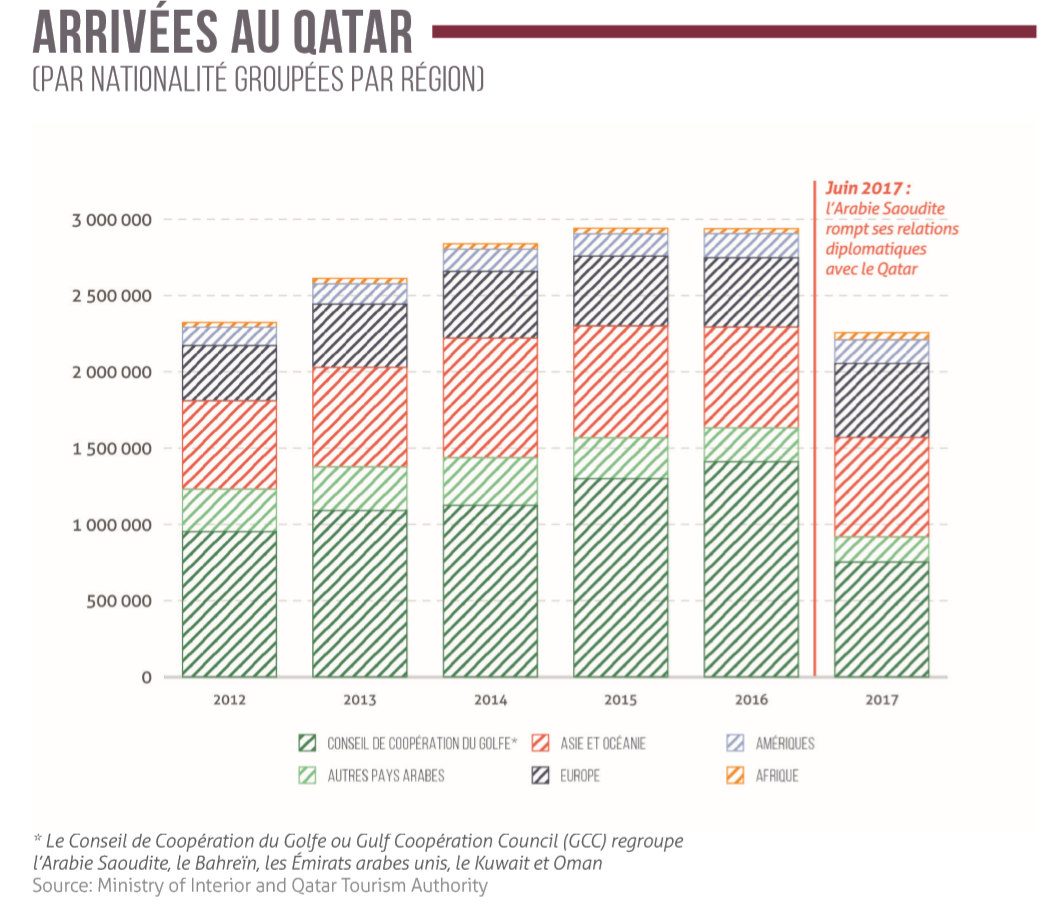 This agreement comes in a context of tension between Qatar and Saudi Arabia. The termination of diplomatic relations with the Emirate in June 2017 had an impact on tourist arrivals and the number of passengers carried by Qatar Airways.

The development of new routes to a market as diverse as the EU where the Emirate has strong relations with certain governments - such as France and the United Kingdom - promises the company many development opportunities.

Emirates: on a quest for pilots

The other United Arab Emirates airline, Eithad Airways, has announced it plans to cut 50 pilot positions by the end of the month, after a significant loss in 2018.

Managing Director Tony Douglas told Reuters last July that the company was becoming "more rational" after suffering losses of about $3.5 billion (€3 billion) over the past two years.

It is an opportunity for Emirates, which needs staff to expand its network. In April 2018, its president Tim Clark declared that he was short 100 to 150 crew members for the summer season.

Number of passengers (in millions)

While diplomatic tension between Qatar and other Gulf countries slowed growth in the number of passengers with its company, Emirates continues to grow

While nothing was said about potentially transferring personnel from Etihad to Emirates. It would not be the first time the two companies deux compagnies collaborated. Last June, Etihad offered its captains and first officers two years' detachment with Emirates.

In the Middle East, competition and fraternity are in the spirit of the times.

The tourism relaunch of the major European metropolises : Dublin

The tourism relaunch of the major European metropolises : Brussels

Summer 2021: The European hotel industry on a path to recovery