The airport sector, like the air transport sector, underwent several upheavals during the first half of 2019, starting with the ecotax announced by the French government, the privatisation of ADP and the purchase of London Gatwick Airport by Vinci. Overview of the major changes that have taken place in the last six months.

The great upset of the year: the ecotax on flights out of French airports

Mentioned in a previous article, the ecotax was announced by the government at the beginning of July. It will be applied to airline tickets for flights out of France starting next year.

This "ecocontribution" is largely decried by professionals in the airline sector, starting with the Union des Aéroports Français (UAF). The latter foresees some very negative impact on several airports as well as on destinations that are secluded or not well serviced:

The new tax inevitably deteriorates the competitiveness of French airports, and particularly of regional airports, within a competitive context that is already significantly degraded. It will thus weaken the appeal of the territories served. In terms of opening new routes, airlines will be forced to refuse French destinations to the detriment of many regions' economic and tourism development .

This measure is being implemented in an already difficult context of the suppression of certain regional airlines in the fight against global warming. Thomas Juin, President of the UAF, reacted by explaining that "air transport is complementary to other modes" and that it "continuously improves its energy efficiency" by constantly investing in solutions to reduce its ecological footprint.

In the same ecological theme, the annual congress of the Airports Council International EUROPE (ACI EUROPE) was held on June 26. On this occasion, 194 European airports announced the goal to no longer produce carbon emissions by 2050, otherwise known as "net zero carbon emissions" or NetZeroCarbon2050. This commitment strictly concerns pollution generated by airport ground operations, i.e. by the equipment involved in the airport's operation.

Since then, Thomas JUIN, President of the UAF, has expressed himself concerning this long-term goal:

The solutions for CO2 emissions from air transport are not to be found in an illusory modal shift or a Franco-French tax with no environmental impact, but in air transport itself. We expect public authorities to create the necessary conditions throughout Europe to achieve the new ambitions for the ecological transition of air transport.

This goal to reduce CO² emissions is part of a process initiated in 2009 through the Airport Carbon Accreditation program. The latter, supported by ACI Europe, "certifies" airports taking this approach. 40 French sites would thus be accredited. Consequently, the total reduction in carbon emissions would complete this ecological transition that has been underway for nearly ten years.

ADP Referendum: debate about the privatization of Paris airports

The RIP (Shared Initiative Referendum) counter is constantly growing. Initiated on June 13, 2019, it would officially have 615,000 signatures as of July 30, 2019, according to the Constitutional Council.

The purpose of this democratic measure is to find out whether the population, i.e. the voters registered on the electoral rolls, want Paris Airports (ADP group) to be privatized or not, and whether they accept the "Proposal for a law to affirm the national public service character of the operation of Paris aerodromes."

The proposed law, registered at the Presidency of the National Assembly on April 10, 2019, began thus:

An airport is a company like no other: it is a strategic economic policy tool. This vision is shared by most European countries, where airports remain the property of the public authorities (city, region, State, etc.). For example, in Germany, Spain and Italy, no airport is owned solely by private actors. Within the European Union, France is an exception with more than 40% of its airports currently owned by private actors. Other exceptions are Portugal, Slovenia, Hungary and Romania. Recently, the debate on the strategic positioning of infrastructure, and consequently its financing, has found a new echo in the United Kingdom, where the Conservative majority decided in October 2018 to no longer use public-private partnerships to finance infrastructure.  In order to avoid repeating mistakes linked to the privatisation of strategic infrastructure in a monopoly situation, we wish, with this proposal for a referendum law, to give the French people an opportunity to express their opinion on the affirmation of the national public service nature of the operation of Paris aerodromes, which will make it impossible for them to be privatized.

The tally is managed by the Constitutional Council, which now takes the count every two weeks. The electronic signature platform is open until mid-March 2020, when it will close the referendum. No fewer than 4.7 million approvals must be collected to validate this law, with just over 600K signatures to date, just over 10% of the total approvals needed has already been reached.

The ADP group is currently the leading airport operator worldwide, with growth in trafic up +7.6% for all its airports, thereby surpassing the Spanish group Aena. Its turnover was 4.478 billion euros (+24%) in 2018, and its EBITDA was 1,961 billion euros (+25%). Its portfolio includes Parisian sites, ten airfields in the Île-de-France, and the Amsterdam-Schiphol and Istanbul-Atatürk airports (partially closed to transfer routes to the new Istanbul airport).

The French company managed to secure the London airport through Vinci Airports. By acquiring 50.1% of London Gatwick's capital for some £2.9 billion (€3.2 billion), it has become the world's second largest airport operator. The remaining 49.99% is held by the investment company Global Infrastructure Partners (GIP).

London Gatwick is the second largest British airport in terms of traffic, with its 46 million passengers, serving 228 destinations worldwide in 74 countries. It is the 46th airport acquired by Vinci, and the first in terms of volume.

This takeover, corresponding to 20 times the company's EBITDA, was wholly debt-financed. A justified investment that meets the growth objective of the operator, which would also be interested in acquiring Aéroports de Paris.

The transaction is relevant to Vinci Airports' external and organic growth strategy. Gatwick is a fine asset, with a good level of profitability (54% EBITDA margin), which justifies the price paid (...). It is a major asset for Vinci, which would undoubtedly make it less essential, in terms of the market, to buy ADP.

Vinci recorded revenues of €21.7 billion (+10%) in the first half of 2019. €5 million were generated in real estate, representing 1.1% of the company's total revenues. This sector, although it constitutes the group's core business, is less profitable than airport operations, which reportedly grew by +44% over the period, while real estate was up +19.5%. This explains recent takeovers to increase involvement in this activity, starting with London Gatwick, and also Belgrade, and heralds further acquisitions in the years to come.

The company has supplanted the CCI Hauts-de-France as airport operator upon signature of a sales contract on July 25. This is the first time that the public building and works group has become an airport concession holder, for a period of twenty years starting January 1, 2020.  The company thus makes its foray into this much desired sector in a partnership with Marseille-Provence Airport.

In addition to this change of operator, the terminal building is expected to be completely overhauled and modernized. This €170 million investment should double the volume of users from 2 to 4 million passengers. The first step will include the expansion of spaces over the next four years, with a budget of 90 million euros.

In addition to this successful operation, Eiffage is in exclusive negotiations to acquire 49.9% of Toulouse Blagnac airport from the Chinese Casil Europe. Once again, it has partnered with a regional industry trade representative, the Marseille Chamber of Commerce.

The operation is nonetheless far from being complete. The privatization of the air platform that took place in 2015 is still subject to debate. Those opposed have joined forces to appeal to the Commercial Court to nullify the 2015 procedure, which would force the State to reimburse the current shareholder of the airport, Casil Europe. 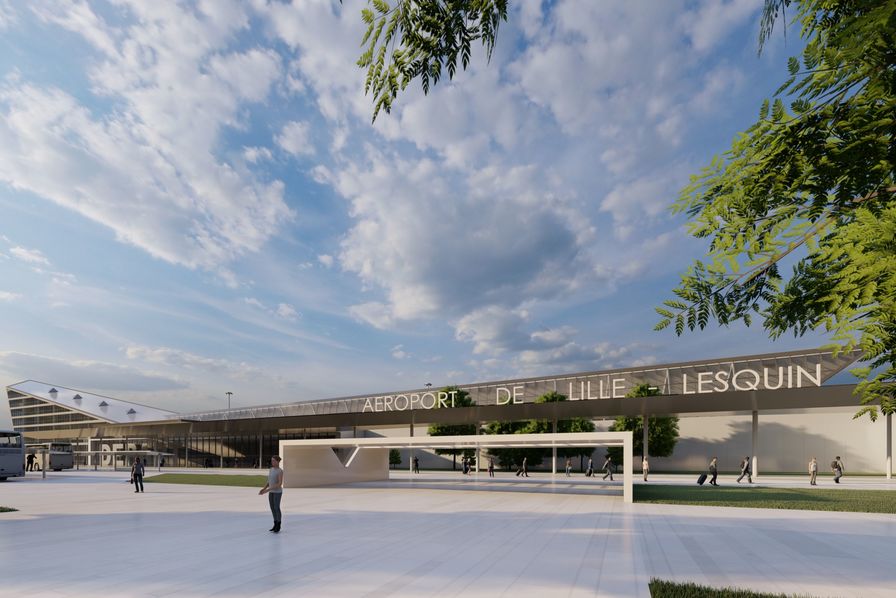