Last January 29, Isavia, the operator of Keflavík airport, the biggest on the Island, provided its forecasts arrivals for 2019 in a press release: the number of passengers should drop in the year to come. What are the reasons for this drop? Draft of an answer.

338,349. That's the number of inhabitants of Iceland. Keflavík Airport, meanwhile, is reported record traffic of 9.8 million passengers in 2018. Such differences are unique, 29 arrivals for each resident. It is just like this extreme country: a land of volcanoes, fire and ice, that recovers from all crises, even the most severe ones.

However, this number of passengers, so impressive in relation to the population, and which remains a record, is a disappointment. Isavia, the airport operator, expected 10.4 million passengers to use the airport in 2018. The forecasts were revised downwards throughout the year to end up at an actual total of 9.8 million. And this slowdown is expected to continue in 2019, with a decrease of around 10% in the total number of arrivals, according to the operator. Isavia forecasts a figure of around 8.9 million arrivals in the year to come.

The largest decreases are expected in transit activity, with a decrease by almost 20% in the number of people in transit between 2018 and 2019. In comparison, the number of arrivals for people visiting Iceland decreases by only 2%. There are therefore two issues: on the one hand, a form of stagnation, a slowdown in the number of tourist arrivals in Iceland, which does not mean a decrease in tourism-related revenues; on the other hand, an issue related to passenger transit. And it is this last point in particular that is particularly important for the airport: because Keflavík is above all a transit point for passengers travelling between North America and Europe, as a midway platform, especially for low-cost passengers. However, low-cost and long-haul airlines using the airport are in difficulty: WOW Airlines reports a loss of 33 million euros between January and September 2018 (figures for the entire year are not yet available, source: the company's public accounts), and Icelandair's takeover of the Low Cost airline has been cancelled. Similarly, XL Airways is in difficulty: the company is looking for a buyer. The question of managing these huge flows of passengers in transit is also a real concern for the airport... Moreover, the airport is ranked 125th in the Air Help ranking, with passenger satisfaction averaging 4.6/10: a rather low score, which is evidence of problem flows. Hence the airport's announcement, which, despite the decline expected in 2019, nonetheless envisages adding 10,000 square meters to the terminals to offer customers better service and more space.

Is this slight decrease in the number of international tourist arrivals synonymous with a decrease in tourism activity on the icy island? Probably not, at most a slight slowdown. Just take a step back and look at the overall trend: the airport welcomed 4.8 million passengers in 2015, 6.8 million in 2016, 8.7 in 2018, and therefore 9.8 in 2018. The increase has been continuous over the last few years, with a general upward trend for all figures. Simply the increase was smaller in 2018, before it reaches near stagnation announced in 2019.

For the sharp increase, the results given by the WTO are very telling (source: tourism highlights in 2018, by the WTO): half a million international tourists in 2010, more than 2 million in 2017. The numbers have more than quadrupled in less than a decade! According to AirDna, 9,695 listings in all have been created on Airbnb since 2010, by 2014 this figure was around 1,000 apartments; here again: significant increase. Several traditional hotel players have also positioned themselves: in 2016 in Reykjavik, Hilton opened its first "Canopy by Hilton", followed two years later by two hotels under the Curio brand  (click here). And indicators for accommodations are good: here below, the island's occupancy rate from 2011 to 2014 (from our article about destinations used in the decor for the series Game Of Thrones, read it by clicking here) 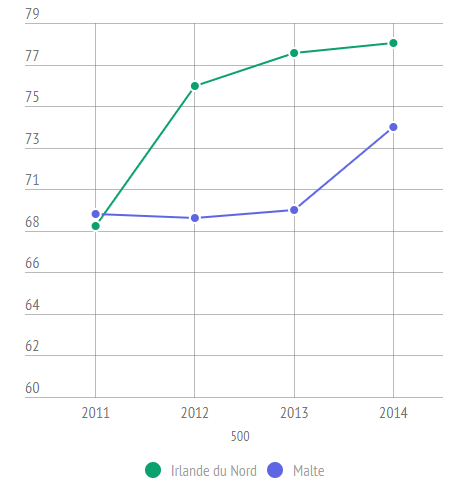 So how do you explain the airport slowdown? With so many positive signals and indicators in strong growth over the last few decades, the airport's forecasts seem almost contradictory. And even the operator, Isavia, stresses in its January press release that the summer tourist season should remain on the rise, with decreases spread over the rest of the year.  One explanation could be a shift up market for the destination: fewer tourists, but higher spending tourists. Thus, according to the WTO, while the number of international tourist arrivals increased between 2016 and 2017 by 24%, spending increased even faster over the same period, with a 26.3%  increase. The whole thing looks very much like the famous Butler curve for tourist resorts: 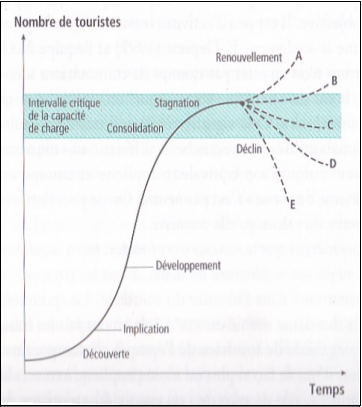 First an exponential increase, a slowdown and then choices to be made - here perhaps the top of the range -, in particular supported by relevant (territorial) marketing. However, Iceland has been particularly innovative and effective in marketing. After 2010 and the volcanic episode that grounded European aviation, the Icelandic state launched the "Inspired By Iceland" campaign with muses like Björk, ads in all major European cities. The best evidence of the campaign's success is of course the continued increase in tourism since 2010 as stated above.

Moreover, this tourism development can also be a source of problems. Already, by creating a form of dependence: according to Iceland's central bank figures, 27% of the island's exports are linked to tourism. But also by causing a rise in property prices, this is what happened on the island in 2017.

This subject could become a concern for investors (as well as for locals). Asgeir Jonsson, an economist at the University of Iceland, explains that "entrepreneurs have supplied the luxury apartment market, which now seems more or less saturated, this should lead to a drop in prices for high-priced goods."