While the last weekend of August ended with an air strike at Barcelona airport, Spain's second largest city and capital of Catalonia has an ambiguous relationship with tourism. Between a desire to develop and the fight against supposed overcrowding, a double discourse is emerging in this important centre for European tourism.

What the press and politicians are saying

Spain is the second most popular tourist destination worldwide and welcomed 82.77 million international arrivals in 2018. Tourism accounts for 14.6% of the country's GDP, and represents a total of 150,000 jobs nationwide. Its annual economic impact is thus estimated at more than €10 billion. In other words, this activity sector is an essential part of the Spanish economy. In this context, Barcelona is the leading tourist city in the country with 32 million visitors annually.

However, this industry is said to be in conflict with local residents, who are 20 times less numerous than tourists, resulting in real pressure that is behind the exodus of "13,000 inhabitants over eight years", according to the newspaper El Mundo. Among other causes, on the one hand, there is the rise in real estate prices due to the boom in hotels, youth hostels and temporary rentals such as Airbnb, which in fact paralyze part of the land space available on the market. 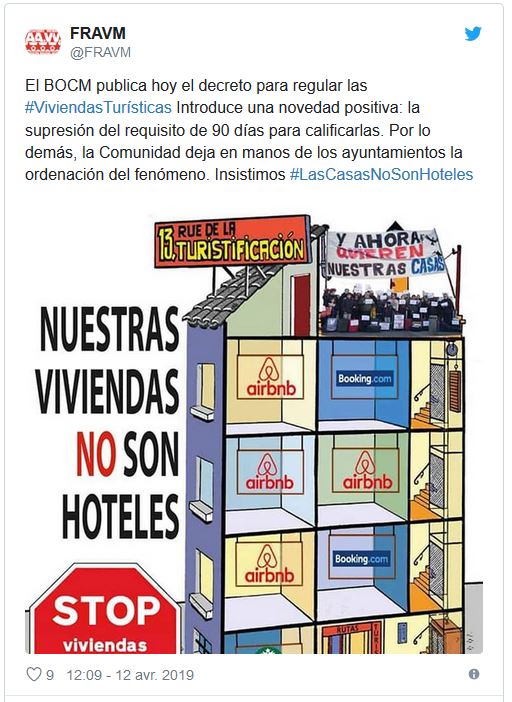 On the other hand, these massive tourist flows may attract petty crime to the city centre around major tourist sites. Barcelona police reportedly saw a 28% increase in the number of thefts between 2016 and 2018, 60% of which reportedly took place in the most visited areas of the city centre, demonstrating a correlation with tourist activity. The France Diplomatie website warns French nationals that "a significant increase in crime has been recorded in Barcelona in recent months" and therefore urges people travelling in the city "to be vigilant, especially in tourist districts and public transport". The US Consulate in Barcelona also warns US citizens about "the increase in violent crimes this summer" following attacks on tourists in cases of particularly violent robberies. According to Sonia Andolz, an expert in security policies, however, there is no real danger and she believes that "Barcelona remains a very safe city" and that this increase in attacks is not "sufficient to cause the concern that is being created".

This summer, however, saw a resurgence of Arran, a far-left Spanish youth organization. Known for its anti-tourist actions, the group displayed a banner on the top of Antonio Gaudi's Casa Mila in early July, saying "Tourism kills the city". Far from being an isolated event, this action shows a real rise in what the press calls "tourismophobia" in Spain. A Spanish satirical magazine, El Jueves, produced a special issue in the summer of 2018 entitled "Especial Puto Turismo" or "Fuck Tourism", parodying the famous Spanish attractions: "Unforgettable experiences (if you don't end up in an ethyl coma)", "theft in the street (and on restaurant tabs)" and "broom cupboards for only 50 euros per night on Airbnb".

How did this Mediterranean metropolis reach such a state of affairs? To understand, we must go back to the 1992 Summer Olympic Games. This event brought a real boom in tourism in Barcelona, putting the once industrial city in the spotlight. Since then, the number of tourists has grown. In 1990, Barcelona's hotels had 1.7 million guests, and in 2017 this figure had risen to 8.8 million, according to the Municipal Tourism Observatory. To this must be added 2.7 million cruise ship passengers and 2.4 million tourist accommodation bookings. In total including excursionists, the number of visitors to Barcelona is estimated at 32 million each year.

DFrom a performance point of view, hotels are completely full on only a few rare occasions during the year, corresponding to a spike during the summer period, which extends from April to October. In 2019, the only time the occupation exceeded 90% was in June, with an OR of 91% (+4 points compared to June 2018). Between July 2017 and July 2019, the occupancy rate increased by an average of 3.2 points in two years. The OR rose from 75.3% in 2017/18 to 78.4% in 2018/19, a trend that is spread throughout the year and which was particularly beneficial in the winter season. This period thus saw its results improve, with occupancy rates at 73% at the beginning and end of the season in November (compared with 64% in the same month of the previous year) and in March (compared with 67% in March 2018), and a 6 percentage point increase in December (the OR rose from 48% to 54%) as in February (71% OR, up from 65% in 02/18). As a result, the destination successfully spreads demand out across the year, outside the high season, thereby easing congestion in the high season, exploiting the off-peak period and avoiding the feeling of overcrowding felt by residents and travelers alike.

The first solution that the mayor of Barcelona has found was to block building permits for hotels and tourist apartments. This moratorium was imposed on hotel development in Barcelona in July 2015, extended in 2016 and lifted only in June 2019. A total of 35 commercial accommodation development projects were frozen, including 30 hotels, three youth hostels and two student residences.

The first project approved after the moratorium was lifted moratoire was an upscale, 204-room Leonardo Hotels property, that will open in 2020. When the authorization to build the hotel was announced, Shay Raz, general manager Leonardo Hotels Spain, remarked:

We thank Barcelona City Council for giving us the first approval following the moratorium and, of course, the first of many other future projects.

Now that the situation has been unfrozen, he is particularly confident about future perspectives for this market:

Spain in general and Barcelona in particular are synonymous with stable and quality tourism. We are therefore confident in the future of the economy and tourism in this city.

But while new hotels will once again be able to open in Barcelona, the number of cruise ships is expected to decrease in this city, which is the leading cruise destination in Europe, as announced by the mayor. Ada Colau also announced her decision to limit the development of Barcelona Airport last July, justifying this decision by explaining that the city has already reached a high level of air pollution that exceeds the threshold set by the WHO. She concluded by saying "we do not have an infinite capacity" and this capacity has been severely challenged according to officials. However, the municipality does not have any authority over Barcelona airport, which has already received a budget of €18 million to build a new terminal to handle the growing number of international passengers. Moreover, ports are controlled directly by the Spanish government, while airports are managed by a semi-public company in which the Spanish government holds a 51% share. Thus, the only lever that Ada Colau will be able to use will be political, through an alliance with her colleagues who share the same political views and espouse the same strategic orientations for the future of the second largest city in Spain.

But the underlying source of frustration for both city hall and residents lies in the rental of tourist apartments on platforms such as Airbnb or HomeAway. To combat this growing phenomenon, due to rental profitability that is four times higher than long-term housing rentals, according to Barcelona City Council, the city first stopped issuing tourist rental permits to individuals in 2014. Since then, the municipality has asked Airbnb to withdraw any listings that do not have a tourist licence in Barcelona, which the Californian platform accepted to do after being threatened with a €600,000 fine alongside HomeAway for non-compliance with this rule. Then, it set up a denunciation system to encourage residents to denounce illegal rentals via a website that makes it possible to declare housing that is rented to tourists. Some residents are even mobilizing on the ground by displaying banners denouncing Airbnb's malpractice on their balconies, destroying the famous key boxes to rented apartments that are installed in public spaces by apartment owners to facilitate the transmission of keys to customers, or by boycotting Airbnb on social networks, including #Stop pisos turisticos ("stop tourist rentals") and #Las casas no son hosteles ("houses are not hotels"). It remains to be seen whether these measures will succeed in stopping the deployment of this alternative accommodation solution to a sometimes full hotel supply, which has so far been blocked by the 2015 moratorium. However, the lifting of the latter may make it possible to relieve the pressure of this manna of visitors, which needs to continue to be managed in a fair and responsible manner. This is, in essence, the real challenge for the future of Barcelona's tourism industry.