MSC Cruises reports that it has already welcomed more French passengers this year than in the whole of 2017.

In the cruise industry, three markets stand out for operators: 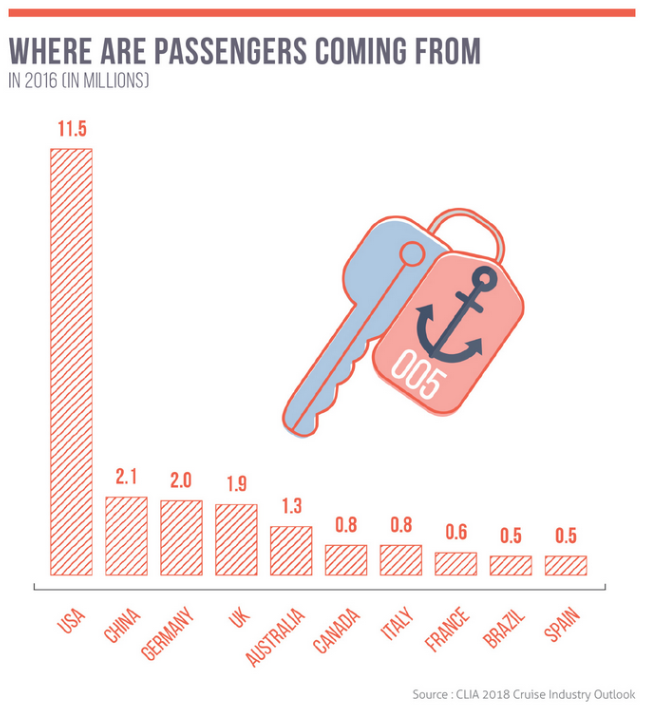 To attract European customers, companies operating in this segment present cruises as a more cultural product and an opportunity to learn. In its future ship Smeralda (2,612 cabins), for example Costa Crociere will include a museum dedicated to Italian design: the CoDe (Costa Design Museum).

Patrick Pourbaix, General Manager France, Belgium and Luxembourg at MSC Cruises, summarized the market at the 2018 Global Lodging Forum: ‘‘The number of cruise passengers has reached nearly 27 million per year, including 13 million Americans. The other half is the rest of the world. In Europe (7 million), Germany and the United Kingdom account for the largest share with nearly 2 million cruise passengers each. The French market still represents only 500,000 cruise passengers, we estimate the growth potential for the French market first, then the European and global markets.’’

In light of the results announced by MSC Cruises, have industry players found the solution to convince the French to take a cruise? Response at the end of the year with the results from all groups.