With a net increase in hotel chain supply by +4%, figures are in line with those of international tourism. Brands are a powerful driver of hospitality renewal with an obvious shift towards new generations. Concepts are multiplying and appearing on almost every continent.

For more information, see the first and second parts of this article.

Hilton Worldwide’s eponymous brand had a year with no growth. Although each new construction or conversion was a leap forward, because of the large average volume of Hilton Hotels each loss also represented a net drop. The loss of several properties in Europe did not help in previous years. The hemorrhage has been stopped so Hilton Hotels remains at 210,000 on the market worldwide. But its stagnation caused it to lose a rung to the third Chinese group, Huazhu and its brand Hanting, now 7th brand worldwide with more than 220,000 rooms.

At Marriott International the same is true for its eponymous brand Marriott Hotels, which has followed the same path as Hilton Hotels, albeit a bit more successfully. Its global growth continues and its net supply is close to the symbolic benchmark of 200,000 rooms available and almost +4% growth from one year to the next.

Finally, in the Top Ten, Super 8 Motels by Wyndham Hotel Group climbed a rung ousting Choice Hotels’ Comfort brand. The American brand Budget, after strong growth in the United States, has set off to conquer emerging markets, particularly in Asia-Pacific. It experienced strong growth supporting its climb up a rung. Meanwhile Choice Hotels unfurled the new Comfort Hotel concept, with significant financing for the franchise owners, but with the natural consequence of flushing out all the properties that cannot keep up. For several years Choice has been drastically cleaning out the brand. The exit rate is now much lower (1.2% net loss in rooms, versus 6% the previous year). It is legitimate to expect the new concept to seduce new owners in the months to come.

Further down in the ranking, the remarkable growth of the Magnuson group stands out. In 31st place two years ago and 29th last year, it climbed another 6 rungs to reach 23rd place with a +34% leap in its supply under the Magnuson Hotels brand for more than 103,000 rooms on American territory. The “light” franchise model, which is closer to a trademark license concession than to diehard franchising, seduces many owners who do not wish to pay high royalties. Another Chinese brand also posts double-digit growth: Vienna Hotels, in the fold of Jin Jiang since last year and with real ambitions in the mid to upscale ranges. 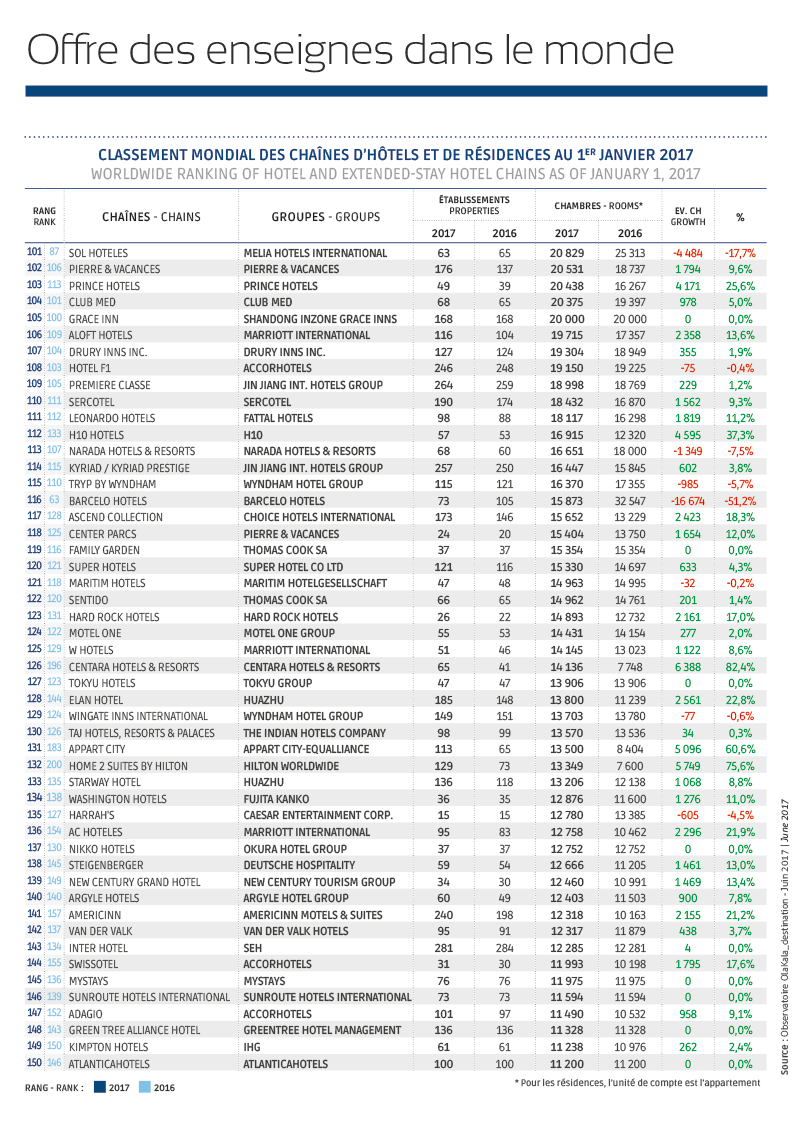 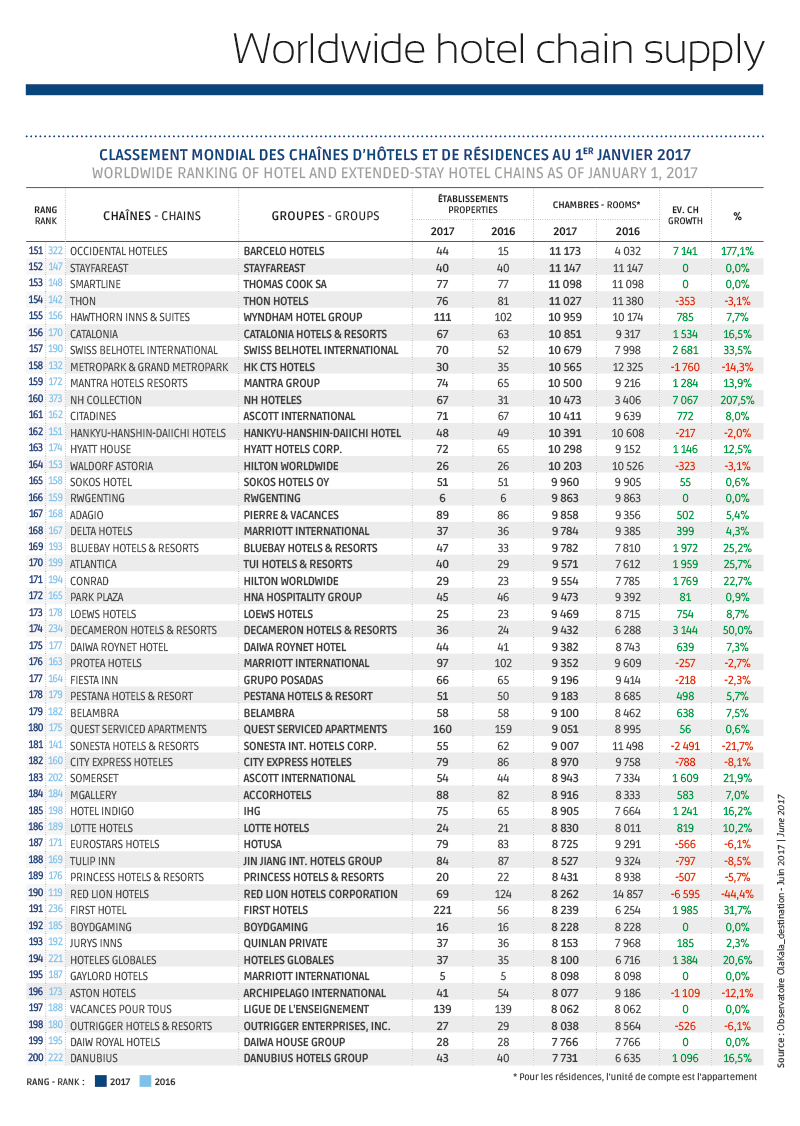