In the Netherlands, Van der Valk maintains and strengthens its leading position with two additional hotels, representing a 2.4% increase in its number of rooms. In 2021, the group possesses 74 hotels nationwide, thanks to two new units in Amsterdam and Deventer.

Second in the ranking, Accor’s timid growth is not enough to breach the gap with its competitor. The French group increased its capacity by 0.9% thanks to the opening of an additional Mövenpick branded hotel in The Hague.

The operator Minor Hotel Group recorded a remarkable development despite a declining hotel base. The 6.6% increase in rooms is due to the opening of the new 650-room NHow Flagship in Amsterdam, in the famous RAI Tower.

The Dutch company Fletcher is also on an encouraging trajectory by moving onto resort hotels. Its room supply increased by 4.3%.

Finally, the fifth place is occupied by the Jin Jiang Group, which operates 41 hotels accounting for 4,501 rooms in the Netherlands, an unchanged portfolio. 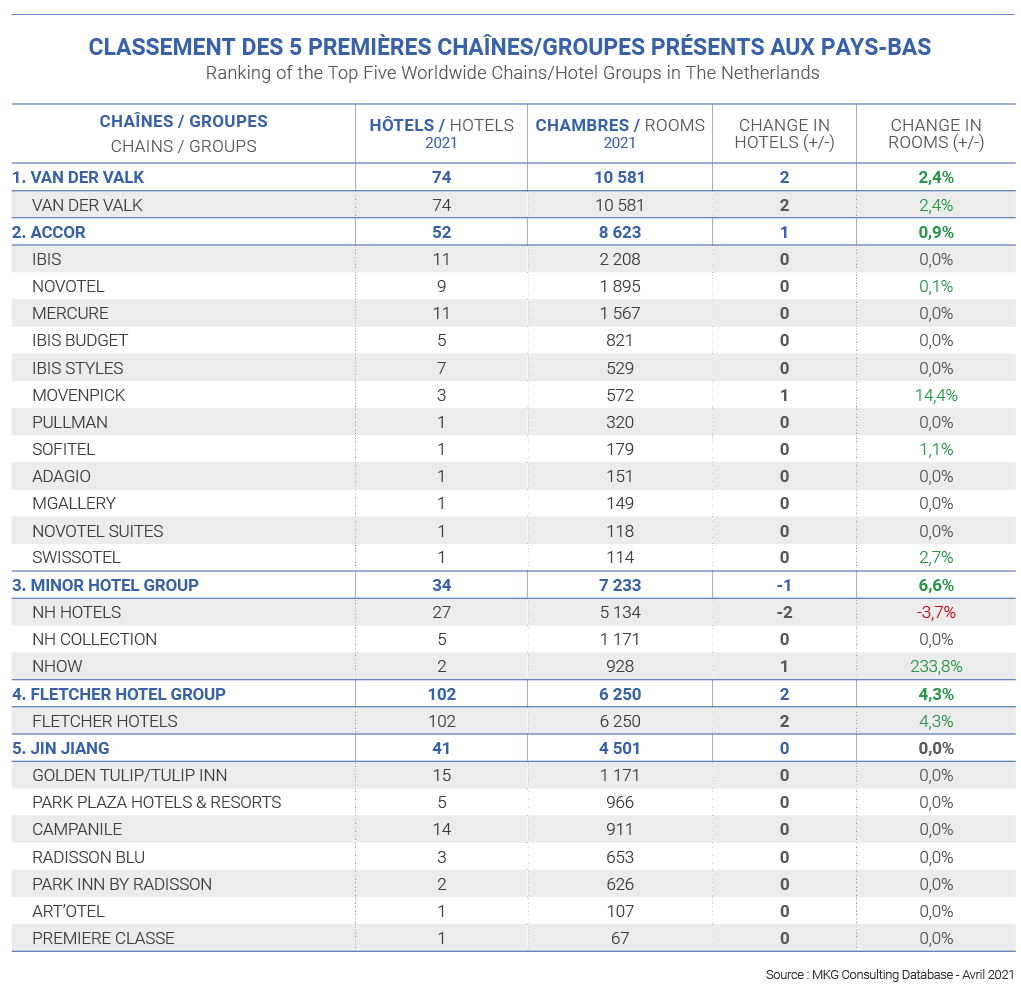 Accor consolidated its position as the leader in Belgium as it continued its remarkable growth (+7.9% of rooms). Thanks in particular to Mercure (3 additions in Antwerp, Liège and Han-sur-Lesse, and one addition in Mechelen), ibis Styles (in Liège and Arlon) and Adagio Access (Brussels).

However, Jin Jiang recorded an even more significant growth in its supply (+13%), which enabled it to move up to second place in the ranking at the expense of IHG. Indeed, Jin Jiang opened its first Radisson Collection (a former Radisson Blu) in Belgium. All the while, the British operator kept its supply constant, just as its Dutch counterpart Van der Valk. Minor’s Belgian portfolio decreased due to the closure of a 49-room NH unit in Ghent. 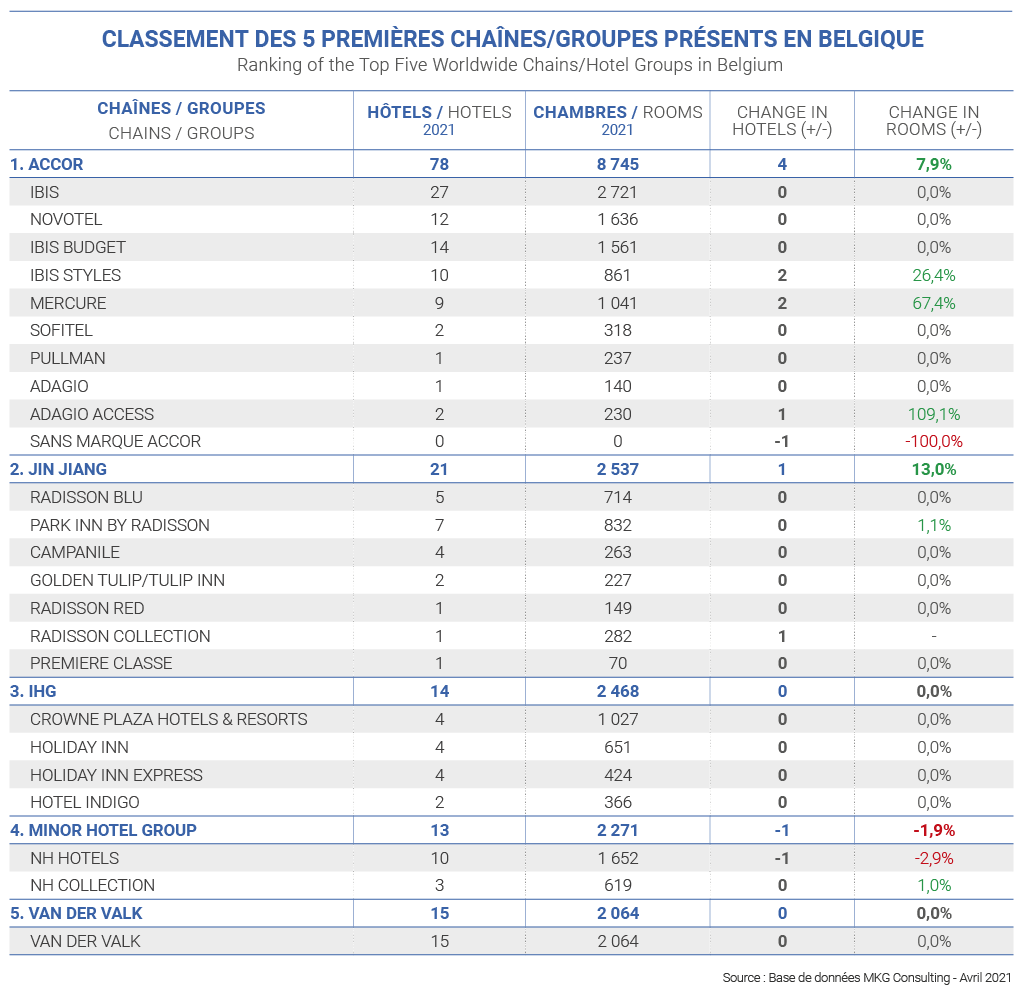