By MKG Consulting. The 8th FIFA Women's World Cupthat just ended in France allowed hoteliers to post excellent results this June. In each of the 9 cities that hosted matches, tourist activity shot up.

Arrivals exceeds or approaches 90% in most cities. This represents a 15% increase compared to last year. We can also observe that on the eve of the match, the hotel occupancy rates were already higher than normal. Fan delegations took the opportunity to go sightseeing in the cities in addition to watching the games. (see Graph 1: Occupancy rate by city in June 2019) 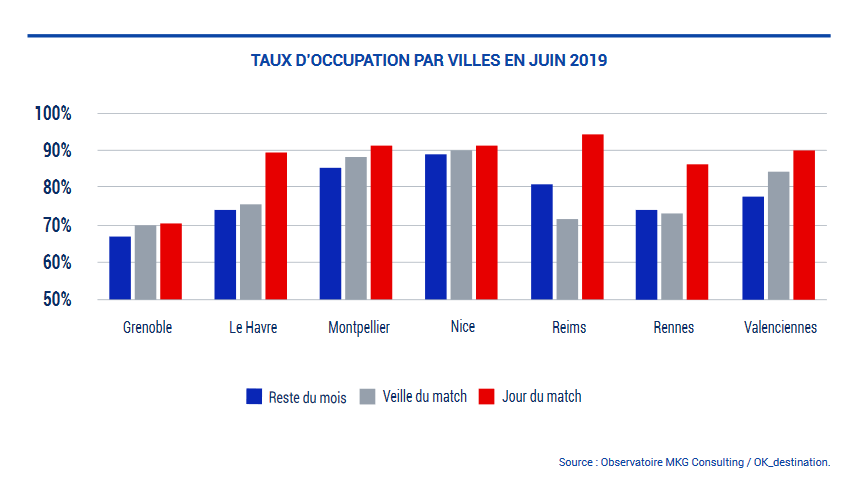 Americans, leaders on the field and in the stands

If we rank the occupancy rates recorded on the evening of the matches across all cities by nationality of the teams playing, we see that the American team was the one that drew the highest attendance with 96.7% occupancy. Indeed, many Americans crossed the Atlantic to cheer for their team since the beginning of the competition. Norway ranks second with 94.9% attendance, followed by France and Italy with 92.7% and 92.6% respectively. (see Graph 2: Evening match occupancy rate by team nationality) 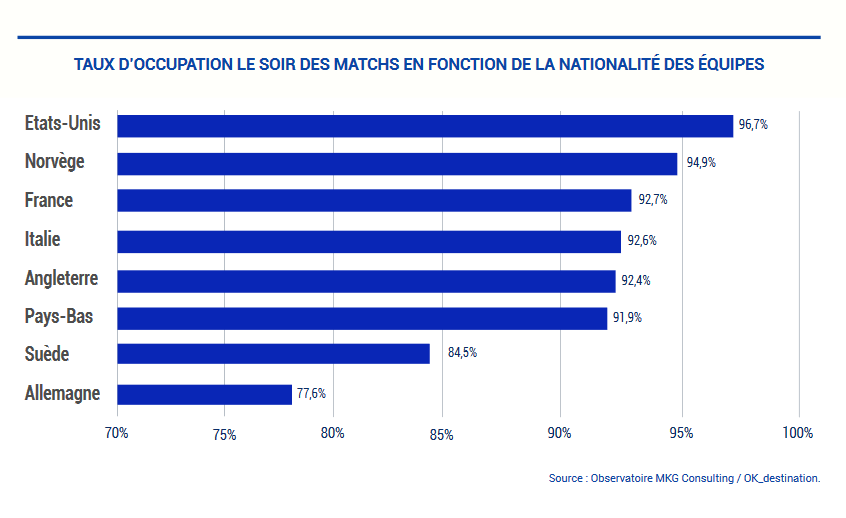 The two semi-finals, which were played in Lyon, enabled hoteliers in the cities of Les Gones and Les Fenottes to fill up and this improvement should continue until the final following the qualification of the Americans. Indeed, more than 20,000 fans landed in the city for the first semi-final and there is no doubt that they will all stay until July 7 to support their team. The occupancy rate recorded on July 2 and 3 in Lyon was 99.5%.

This weekend, the World Cup will reveal the champion, but we already know that Lyon's hoteliers will emerge victorious from the economic impact of the competition.