Asian groups are in the Top 10 most active groups in Europe, even surpassing some historical players. 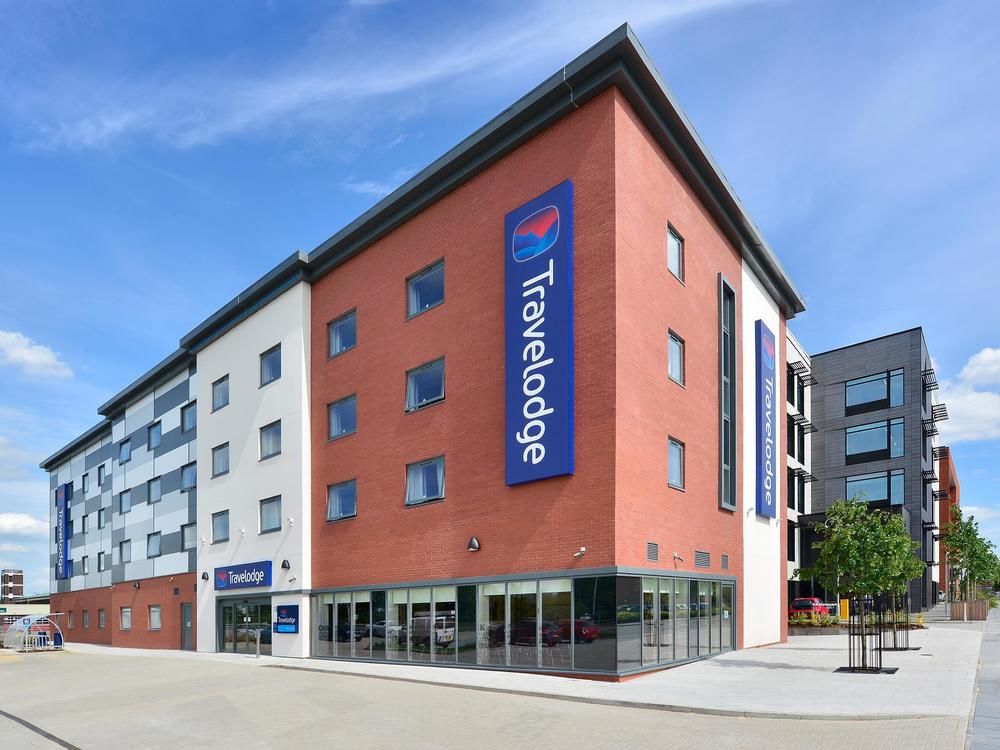 Driven in particular by the continuous growth of its fleet over the past three years, the British company is now in the top 10 of the largest European groups.

A symbol of the strength of its supply, Travelodge this year opened its largest hotel (395 rooms) in a new building in London City, for an investment of £95 million.

Equipped with SuperRooms, it can offer its guests better equipped rooms at prices 10 and 20 pounds higher than traditional ones. These spaces designed by the agency Honour - which worked on the design of British Airways and Etihad Airways cabins - have been deployed since 2017 in the group's facilities as part of a £100 million programme to modernise its British supply. The installation of Wi-Fi in its hotels has also made progress and about half of the hotels now offer guests higher speed connections.

Finally, taking advantage of the development of the cruise sector in the United Kingdom, Travelodge announced that it is looking for more than 10 hotel sites near the busiest ports such as Edinburgh, Liverpool and Portsmouth. 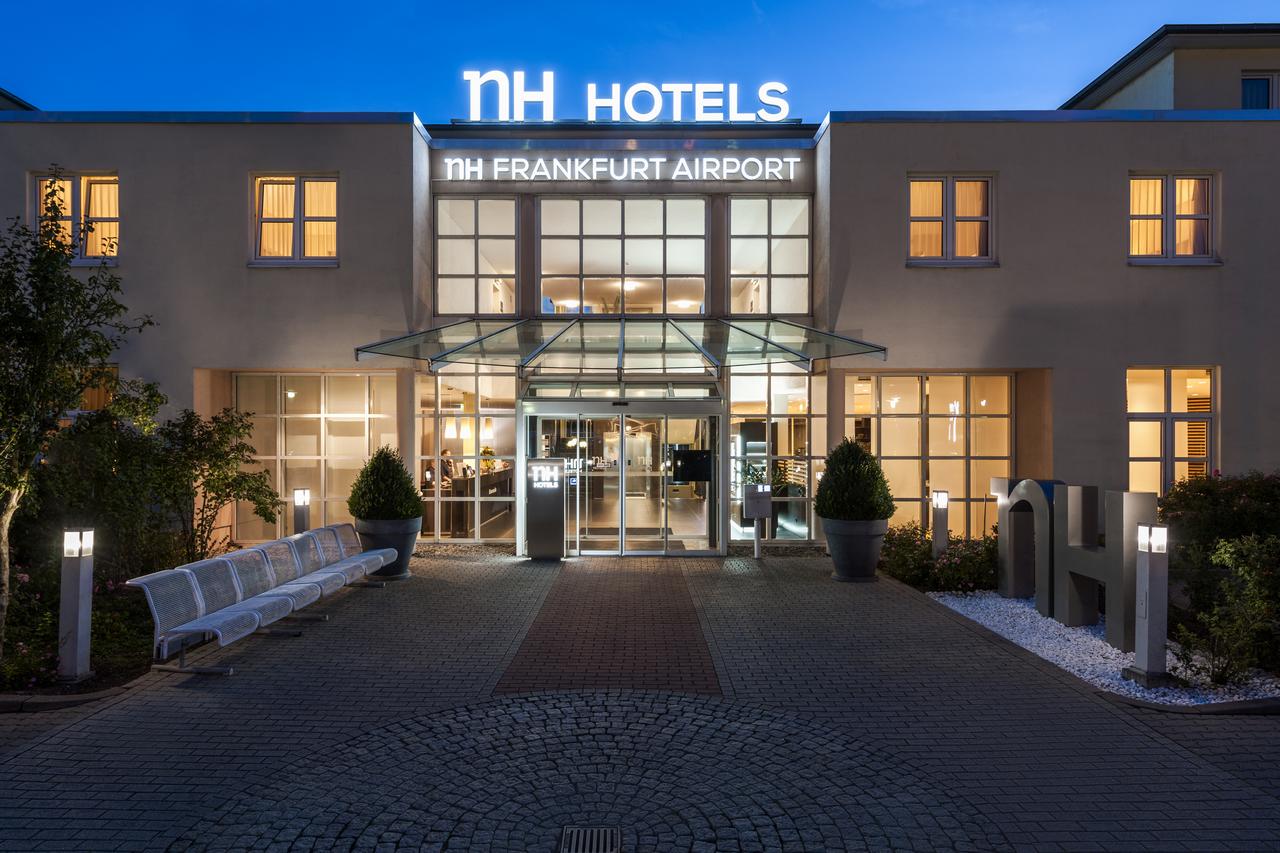 The Thai group has made a key acquisition in the hotel sector: the Spanish NH Hotel Group, which doubled its worldwide global supply. While Minor was not among the Top 20 European groups last year, the €2.3 billion takeover bid puts the Thai group in the spotlight at 9th place.

The CEO of Minor Hotels has indicated a willingness to support and pursue the strategic plan already devised by the Spanish group, which seems realistic given the investments made in the Portuguese brand Tivoli acquired in 2016. NH is deploying its new brand nhow in Europe with the completion of the conversion of a 150-room property, which it also did in Marseille.

Earlier in the year Hesperia signed a framework agreement with NH Hotel Group for the management of 28 hotels. This company – which controls 8.1% of the capital in NH – sent termination notice for this contract further to the IPO for Minor. 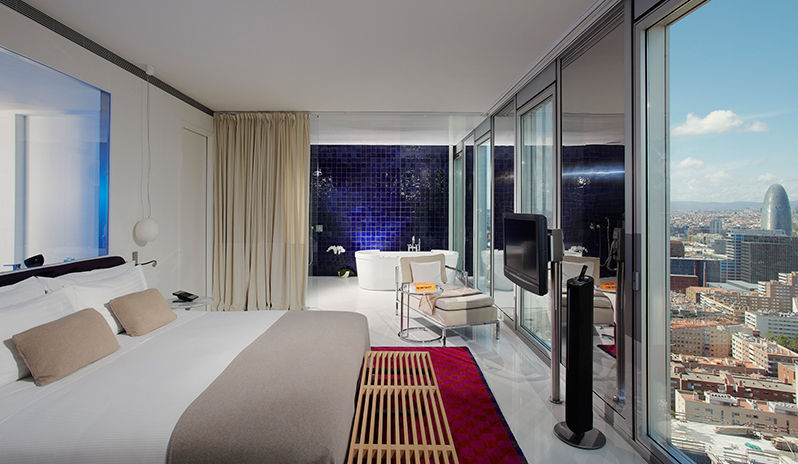 While Spanish resorts were impacted by the decline in British and German customers as well as increased competition from other destinations - such as Turkey, Egypt and Greece - German properties took advantage of the busy event calendar in some cities such as Munich to deliver strong performance.

The various promotional campaigns on the website have been productive with an increase in sales on Melia.com by +13.0% in the third quarter of 2018 compared to the same period the previous year. Finally, Meliá confirms its historical attachment to Magaluf by opening Calvia Beach The Plaza with 273 rooms.

Among the hotel news in the luxury segment, Hilton had shown interest in the Belmond acquisition, but it was ultimately LVMH that acquired the British group through a $2.6 billion deal.

Hilton's growth in Europe will be notably realized in France, according to Richard Cuello, Regional Director for France. He told us, "We have kept a very stable fleet until now and are starting 2019 with 12 hotels in France. Our ambitions are to reach 20 to 22 properties by the end of the year and 28 to 30 by the end of 2020. With, for example, the Hilton Garden Inn Massy, 156 rooms, which will open in 2019 and then in 2020 another Hilton Garden Inn in Nice for 120 rooms and a Hilton Eiffel Tower hotel with 118 rooms.” 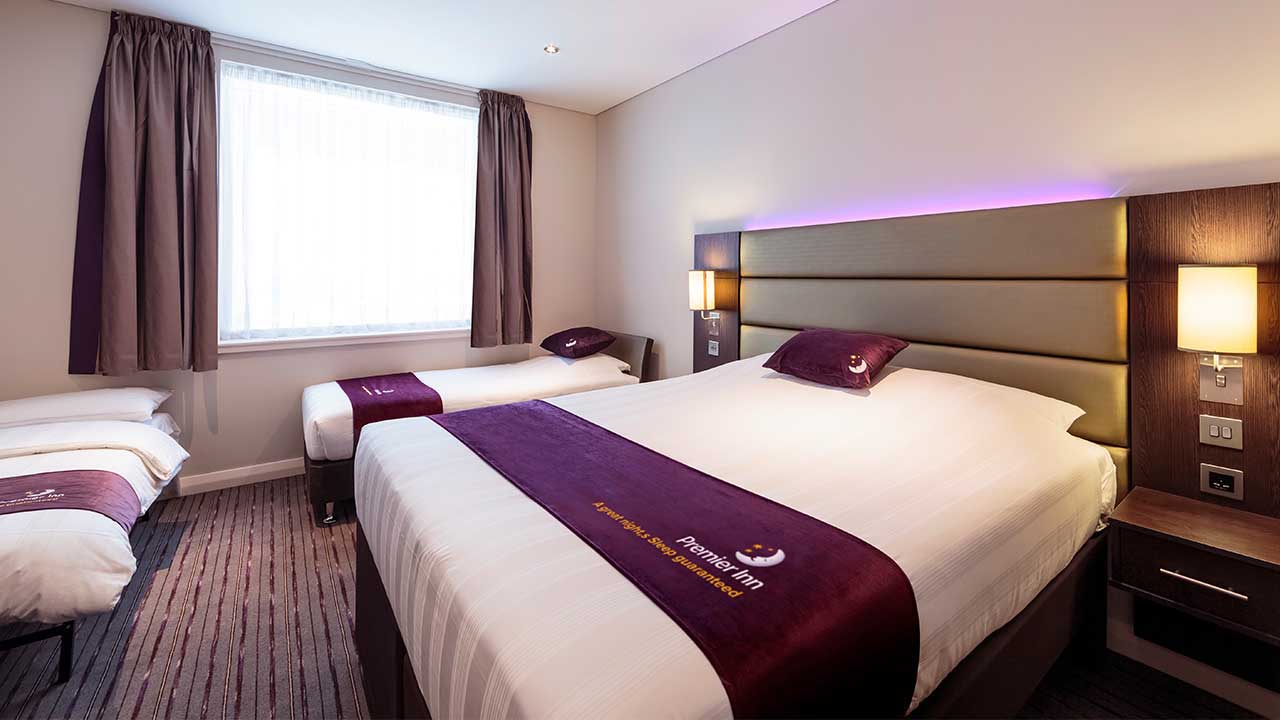 Whitbread is boosting its supply, which is up 11.9 % in terms of number of rooms. The main news this year for Whitbread was the sale of Costa Coffee to Coca-Cola for €4.37 billion. While this allows the group to generate cash, it also clarifies the group's activity vis-à-vis certain investors as it is now exclusively focused on the hotel business.

Its leading brand Premier Inn has seen the management of all its hotels reviewed with the reorganization of its operations managers: the latter are now in charge of several sites. The reduction in the company's expenses has notably enabled it to reinvest £300 million to develop 42 new hotels. The British group has also announced the acquisition of 13 hotels (2,140 rooms) that are already open and marketed by Foremost Hospitality Group GmbH and six other properties linked to this purchase (970 rooms) will mostly open within two years.

Finally, Whitbread has launched a new super-economical Zip brand. Rates per night should be from £19, a price that is possible thanks to a room area (8.5 square metres) that is on average twice as small as that of a Premier Inn.  The first hotel of the new brand is expected to open in 2019 in Cardiff and should have 138 keys. 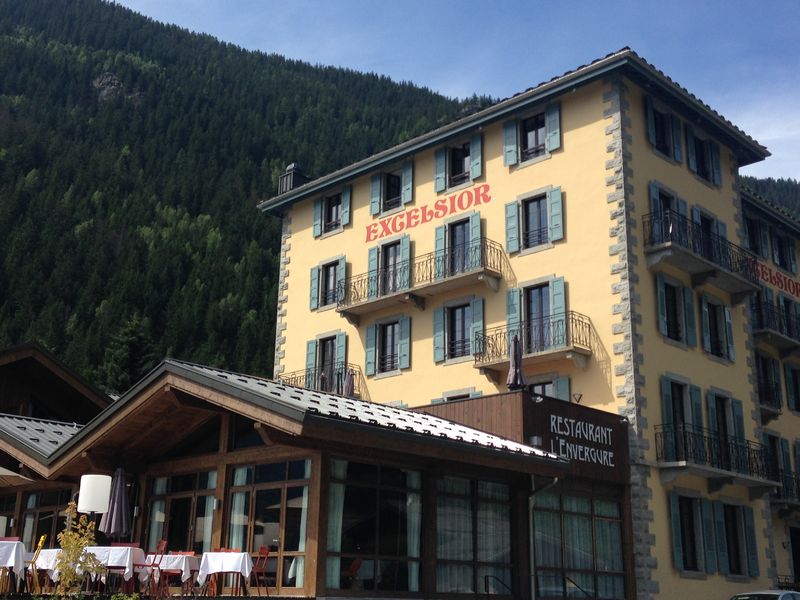 After several years of restructuring its portfolio, Best Western is back on the growth track. Its European supply grew by 5.0 % in 2018, breaking with the declines of 2017 (-1.2%) and 2016 (-12.5%).  Its new brands are a growth driver, such as Sure Stay which introduced last year in Europe; this white-label brand dedicated to independent hotels already has 21 properties and nearly 1,000 rooms in Europe.

The American group continues to expand its brand portfolio with the launch of Aiden Hotel in the midscale segment and Sadie Hotel in the upscale segment. With 13 different brands, David Kong - President and CEO of the group - is positive about the future of Best Western. He told us that he expects growth by around 200 hotels per year in Europe in the future.

The American group has faced several challenges this year, starting with the ongoing merger finalisation of loyalty programs. The American group announced in August that it had successfully completed the program unification phase: for the first time since Marriott acquired Starwood Hotels and Resorts in 2016, the programs now operate under a single unified benefit package and a single currency covering the entire loyalty portfolio of 29 brands and more than 6,700 participating hotels.

At the same time, the world leader detected a large-scale cyber-attack. Some of the 500 million customers who have made a reservation at a Starwood property are affected, with possible theft of bank details and passport numbers. Also, in the digital sector, Marriott launched its private housing platform "Tribute Portfolio Homes" in London, then in Lisbon, Paris and Rome.

Finally, Courtyard by Marriott plans to double its number of hotels in Europe by 2020. The chain plans to strengthen its presence in Germany, France and the United Kingdom and, this year opened Courtyard Paris Gare de Lyon (249 rooms). 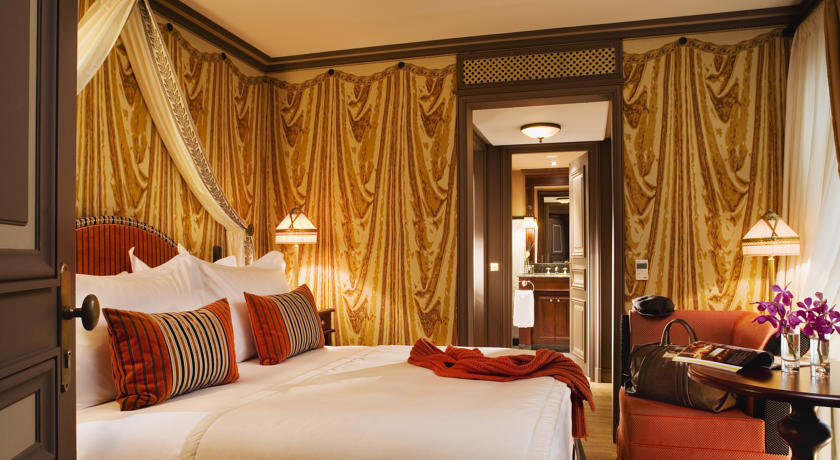 IHG again recorded growth of around +9.4 % in its European supply, brining it over the symbolic level of 100,000 rooms.

Its new economy brand avid is developing on the Old Continent via a partnership signed in October with the German GS Star: 15 properties are now in the pipeline of these players with an aim to inaugurate the first in 2020.

In the upscale segment, Kimpton Hotel & Restaurants, acquired in 2015 by IHG, plans to open a second property in Europe in 2020 in Paris with 149 keys, then another in Rotterdam with 231 rooms. Crowne Plaza has revealed the new designs of its properties: the distinction between the different areas of the rooms - work, relaxation, rest - is now more pronounced.

Finally, in June, the British group launched a new midscale brand: voco. The group wants to convince independent hoteliers to join IHG under this brand; in the United Kingdom three hotels have already joined it and four other properties have been acquired by Covivio in order to be operated under the voco pavilion. 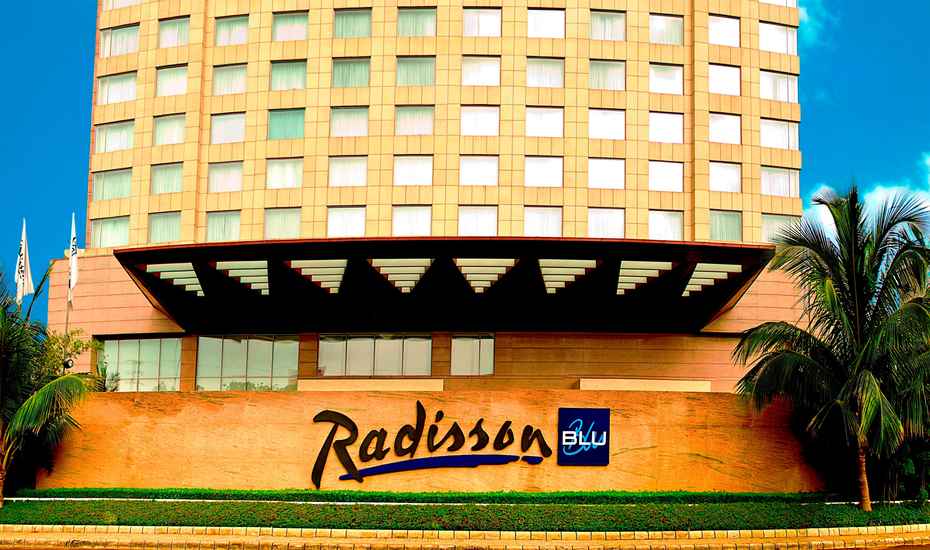 Jin Jiang carried out the major operation of the year in the European hotel industry by acquiring Radisson Hotel Group for $2 billion. While the Chinese group had already acquired Louvre Hotel Group in 2015 (for €1.3 billion), placing it among the top 5 largest European groups, this new purchase propels it directly into second place.

John M. Kidd, CEO and Director of Operations at Radisson Hospitality sees among the positive points "Jin Jiang's loyalty program includes more than 100 million members. This size, as well as the record number of Chinese travellers worldwide, will offer new opportunities for Radisson Hotel Group." Jin Jiang, meanwhile, benefits from the positive momentum of Radisson, whose new luxury brand, Radisson Collection, is in full expansion. The brand has already passed 9 properties under its flag, including some iconic ones such as the Royal Hotel Copenhagen and the May Fair in London.

Finally, Louvre Hotels Group will present the 18 hotels of the luxury group Barrière on its online platform as part of a distribution partnership aiming at increasing the number of Asian customers at their properties. 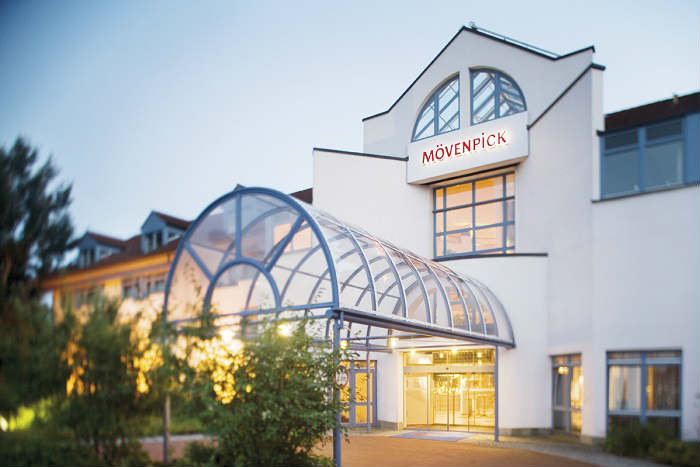 After recording a slight decline in its European customer base in 2017, the number of rooms of the European leader is on the rise again in 2018. The year was rich in purchases, starting with digital, where it acquired the ResDiary and Adoria platforms. The first allows restaurateurs to optimize their reservations and table management, the second improves their supply management. Alhough AccorHotels showed an interest in buying back the shares of Air France-KLM held by the State, this operation did not ultimately take place.

In the hospitality industry, Accor, together with Colony Capital, took over the 12th largest hotel group in France in 2018.  AccorHotels acquired 100% of the Swiss group Mövenpick, thereby strengthening its upscale supply worldwide. It also made a takeover bid for Orbis which operates 21,000 rooms mainly in Central Europe; the deal will be completed by the end of 2019.

A partnership has been concluded with Dalmata Hospitality, which will operate 20 of its hotels - more than 1,500 rooms - under franchise agreements under the AccorHotels brands ibis Styles, ibis, ibis budget and hotelF1. Dalmata Hospitality will thus participate in the three-year renovation plan of the group's budget brand - hotelF1 - whose entire portfolio should offer its new designs and services in 2020. In the economy segment, the new lifestyle economy brand Jo&Joe, which combines private and shared rooms, opened its first address.

Finally, pursuing its asset light strategy, AccorHotels sold 57.8% of its shares in AccorInvest's capital, providing it with €4.6 billion gross in cash.