According to MKG Consulting, the initial trends observed for the summer season that is coming to a close at the end of this week show improved results compared to last year (this analysis bears on a sampling that represents more than 40% of the hotel room and residence supply in France).

Occupancy rates increased by 1.8 points during the two summer months. Occupancy increased by 1.6 points in July, while in August it is estimated that it will increase by .2 points. While properties in the Paris Region did well (Paris Intra-Muros up 6.6 points and Ile-de-France excluding Paris up 4.5 points), the provinces recorded a stable occupancy compared to last year (-0.2 points). 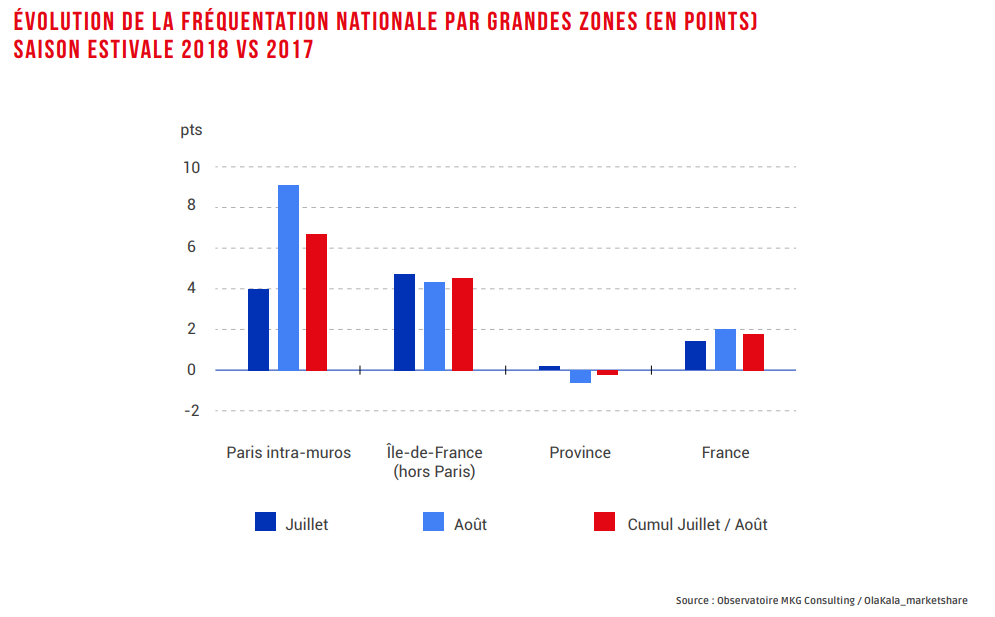 The higher the range, the more significant the changes in occupancy, which can be explained in particular by the return of an international clientele staying mostly at 4/5* hotels (see Graph 2: Change in occupancy rate by category (in points) - Summer Season 2018 vs 2017 season) 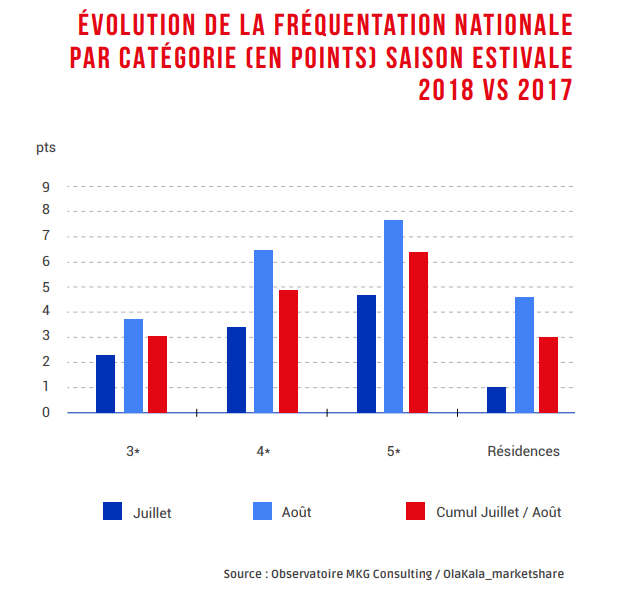 Not all hotels located on France's coasts benefited from an increase in activity. Indeed, the properties with the strongest growth in occupancy are in the northern part of the country (Chanel up 4.1 points and Brittany up 1.2 points), while those located in the southern part recorded a stable occupancy rate in comparison to summer 2017 (Atlantic façade 0.2 points and Côte d'Azur / Languedoc -0.1 point). However, these hotels continue to have the highest occupancy rates with nearly 87% on the Atlantic coast and nearly 84% for those located in the Riviera / Languedoc region. In the north, hotels post occupancy rates lower than 82%. Results may vary depending on destinations within the regions. (cf Graph 3: Change in occupancy by Coastal Zones (in points) - Summer Season 2018 vs 2017) 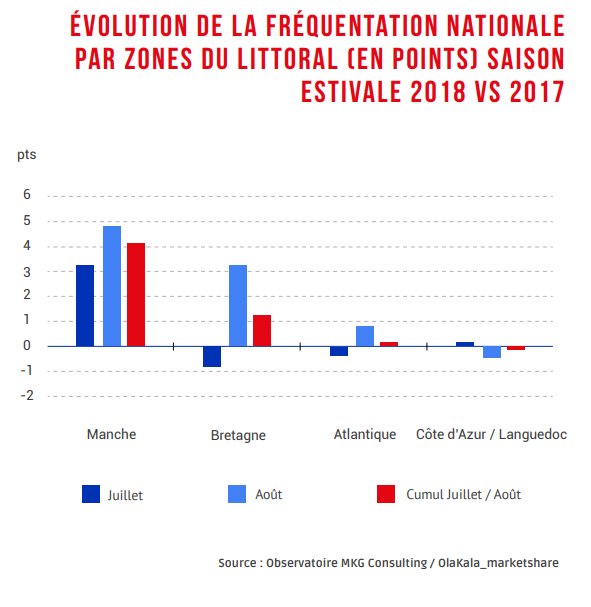 The finest summer in the last decade

We must go back to summer 2007 to see such high hotel occupancy rates on the French market (75.2% in 2007 against 74.6% in 2018) and the Parisian hotel industry has contributed significantly to achieving this good result thanks, among other things, to the return of foreign customers to the capital and also to the holding of the Gay Games which, from August 4 to 12, enabled Parisian hoteliers to significantly boost their results.

The level of occupancy also allows France to reposition itself as one of the most attractive tourist destinations on the Mediterranean scene. It is now in good company with Italy, just behind the group of countries with occupancy rates above 80% in summer (Greece, Croatia, Portugal and Spain).

These performances are in line with those recorded since the beginning of the year and should be confirmed over the last 4 months of the year. Are we heading towards a record year?

The new face of the outdoor hospitality industry