Activity in amusement parks, cruises, events and consumer products plunged by 85% between April and June as a result of the health crisis.

Disney generated $11.8 billion in revenues, half of what it did a year ago, and ended up with a net loss of $4.7 billion in the third quarter.

From April to June, only streaming had higher revenues than in the same period a year ago: nearly $4 billion, compared to $3.9 billion in 2019. Physical activities plunged by 85% to 983 million dollars. 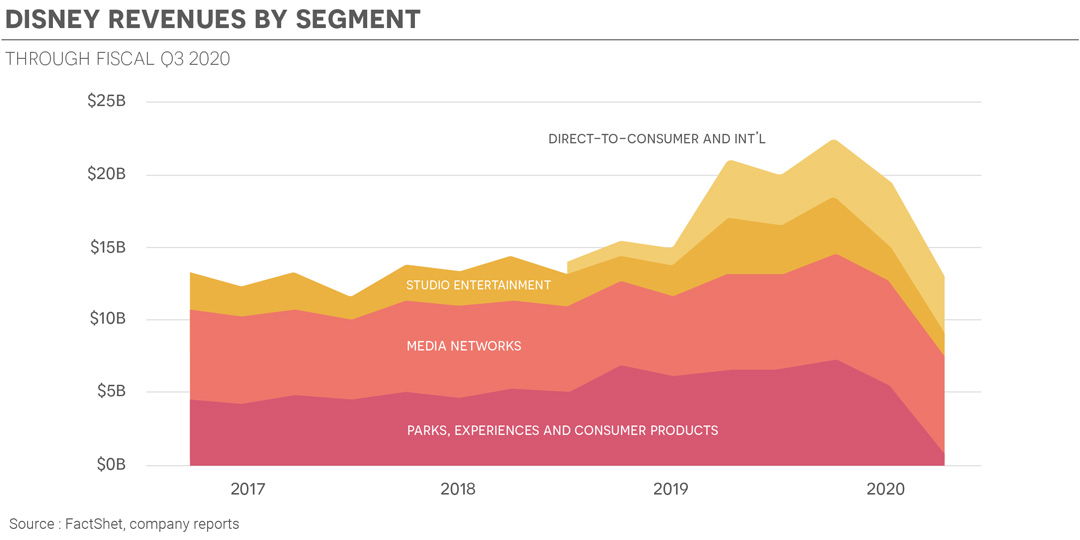 The pandemic continues to affect the Group's revenues. When parks announced their reopening, "we had more demand than the social distancing guidelines allow," said Disney CEO Bob Chapek.

"Then, unfortunately, Covid struck again," he continued, referring to the resurgence of contamination, particularly in the southern and western United States. "We had a higher than expected level of cancellations".

While the parks in Shanghai, Hong Kong and Japan were able to reopen during the third quarter, most of the parks' activity came from US sites. Disneyland, California, has not yet reopened because the state government has not provided reopening guidelines for amusement parks.

After saving money on the production of new films, Disney will have to deal with higher costs to ensure the safety of filming. Nevertheless, Bob Chapek said he was "as optimistic as possible" for the rest of the year.

HAF "A building dedicated only to accommodation is not very dynamic during the day, whereas if you include coworking, you have people working and living all the time"