Royal Caribbean Cruises has placed a new order with Saint-Nazaire shipbuilders for a ship that will become one of the biggest in the cruise industry.

Royal Caribbean Cruises announced the signature on a new giant in the Oasis Class. 362 meters long, 66 meters wide, 2,857 passenger cabins and 6,700 passengers: it will be one of the biggest cruise ships in the world upon completion in 2023.

This new contract represents more than a billion euros: good news for Saint-Nazaire shipyard: "Upon delivery it will be the twenty third cruise ship built by our shipyard for Royal Caribbean Cruises Ltd," declared Laurent Castaing, general manager of Chantiers de l’Atlantique.

Ships in the Oasis class are among the best equipped at Royal Caribbean Cruises: ten or so swimming pools on each ship, artificial waves for surfing, mini-golf, skating rink

… For comparison, one of the biggest resorts - the Venitian Las Vegas - has 7,117 rooms and suites and 10 swimming pools . 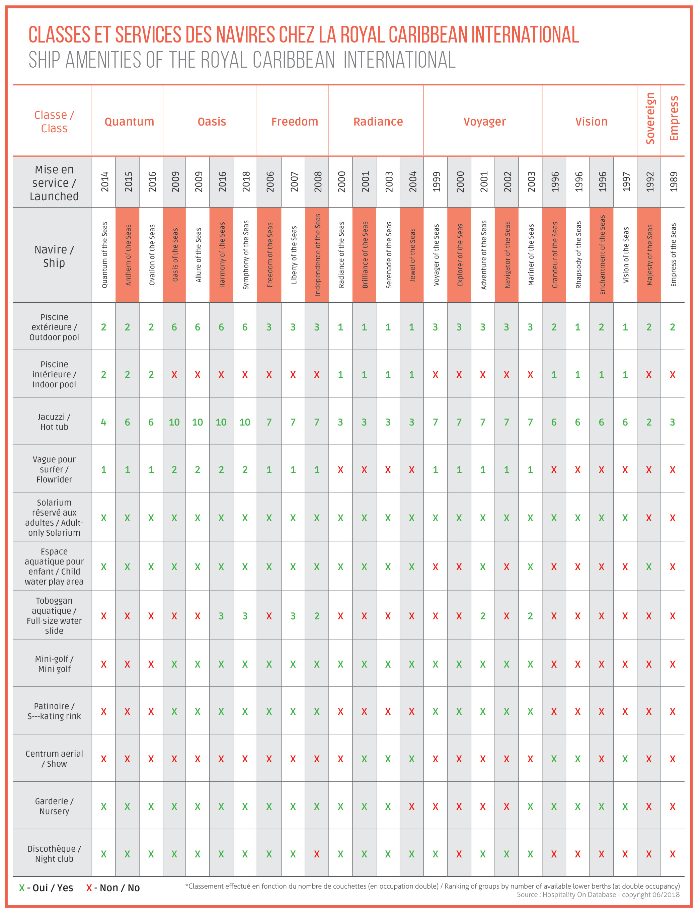 To zoom in on the table above, click here.

With this new order, the American cruise line marque confirms its positioning as the biggest cruise operator worldwide. Carnival Cruise Line (72,523 clients) and Costa Crociere (48,700 clients) follow. They are both part of the American group Carnival Corporation & plc, symbol of the United States domination in the industry. With two Oasis Class ships ordered from the Saint Nazaire shipyard, Royal Caribbean Cruises has the wind in its sales.

The Mandrake to launch a staff wellbeing program in March

The INNSiDE by Meliá brand prepares its next opening in Madrid