Google, Amazon, Facebook, Apple... but also Baidu, AliBaba, Tencent and Xiaomi … these giants have an unrivalled strike force. Exclusive mastery over technology, big data, notoriety, brand image, investment capacity… no industrial can rival with the multibillionaire unicorns. Although Marriott, the leader, has the best market capitalization among hoteliers with more than 45 billion US Dollars, it is far behind Amazon which surpasses 942 billion US Dollars. Even the all-powerful Booking (close to 81 billion USD) acts as a Tom Thumb with respect to newcomers.

With a domestic market of more than 1.3 billion inhabitants and a millenary cultural offer, China is well positioned to conquer market shares. The latest example to date, is Mafengwo, founded in 2010 by Gang Chen and Gang Lv; the company raised $250 million from Tencent. It began its activity by offering Chinese tourists advice and tips from their compatriots, but quickly developed online hotel booking opportunities in 2015 and recently entered into a partnership with Tongcheng-Elong, and online travel agency, to make it easier to book accommodations and flights from destinations consulted on Mafengwo.

The leading Chinese tourism company was founded 20 years ago by James Liang from Shanghai. It has continued to develop, surfing on the wave of the growing number of tourists in its domestic market. Today, 80% of its transactions are carried out via the mobile application. The Chinese giant took over Skyscanner, Trip.com (now its showcase in the West) and Tour4Fun between 2013 and 2017. Seeing the emerging opportunities in his country, which was then in the process of opening up to the world, its founder returned to China after studying and starting his career in the USA. His ambition is very clear: to become "the largest, strongest and best company in the global tourism market". The Chinese giant is currently focusing on its domestic market and Asia, but it is starting to look west where it has begun to pave the way with recent acquisitions.

The American firm Booking Holding has been an investor in the company since 2012 with a total investment of $2 billion.

This player, too, has an investment from Booking Holding. The Chinese platform started its activity by offering meal delivery services. It then launched a travel and tourism boutique whose business revenues grew by 46% between 2017 and 2018 to reach 14.1 billion RMB (more than 1.84 billion euros).

In early 2018, the company launched the Black Pearl Restaurant Guide as a platform listing quality restaurants in China. The 2019 edition boasts 287 listed establishments in 22 cities in China and 5 cities outside China.

While developing the effectiveness of its technologies, Meituan also looks to referenced professionals to offer them online promotional services based on the American digital business model that works so well for them. 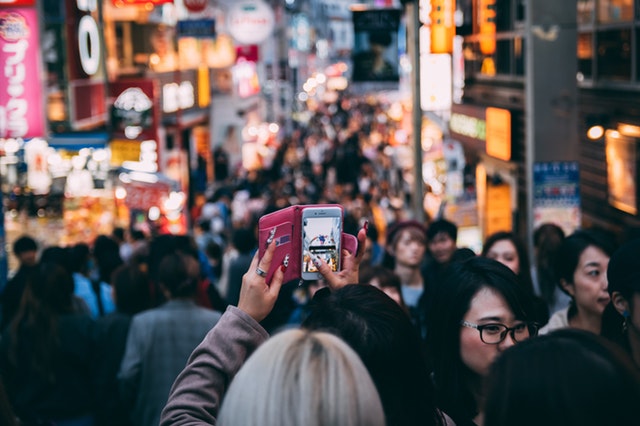 Unlike OTAs the travel division of Alibaba is positioned as an OTP (Online Travel Portal). Although it acts as an intermediary between supply and demand (so there is a commission to pay) it claims full access to customer data from the professional proposing its online offer via Fliggy. In the first quarter of 2019, the platform had 200 million users with a Fliggy account.

In March 2019, the platform went a step further by offering its end customers a marketplace to shop in their travel destination. It's easy when you're part of the distribution giant Alibaba....

The world's leading hotel group Marriott (1,295,182 rooms as of January 1, 2019) joined forces with Alibaba in 2017 via its Fliggy platform. As a result, a new type of clientele is falling into the hands of the hotelier: leisure travelers. According to Marriott, this is a new distribution prospect that is less expensive than online agencies.

The Alibaba ecosystem has more than 650 million active consumers per month. It is also means detailed knowledge about customers that the world's leading hotel operator intends to exploit.

At the end of March 2019, Marriott announced 5 million additional members for its loyalty program, 40% of whom are from China via the joint venture. The partnership goes even further for the customer who is obviously in demand. At the end of June, Marriott announced the possible conversion of Fliggy points into BonVoy points, for an estimated 10 million points to be exchanged in a matter of weeks.

In the Asia-Pacific destination, the American group saw leisure customers grow faster than business customers. This joint venture therefore allowed it (in addition to additional revenues) to experiment, plan and anticipate the development of its leisure offer. It should also be noted that the Chinese market is one of the major source markets for tourism worldwide. A loyal customer base can be but beneficial to Marriott properties around the world.

In addition to hoteliers, the platform targets partnerships with destinations, such as the Île-de-France region, which signed a partnership with Fliggy to improve its visibility on the Chinese Internet.

The case of WeChat

According to some Chinese decision-makers, it is becoming complicated to evolve in the digital spheres without using this super app. Launched in 2011, it has gradually become an essential part of the daily lives of many Chinese people with full support from the Chinese government. Instant messaging (with integrated simultaneous translation and activated censorship), social networks, payment tools, doctor's appointments, electricity bill payment in certain cities... you can do almost anything on Wechat, which monopolizes the huge Chinese domestic market.

The firm goes further in terms of the "services" offered to users since it suggests it knows the popularity of each person according to the likes, comments and reads obtained. It has also developed a heatmap service to identify gatherings of people.

Enterprise WeChat was launched in 2016 to allow employees to separate their private and professional lives. It offered a feature to communicate and also to track absences and manage expense reports.

However, there is a very sensitive Achilles' heel for these Chinese companies: for the most part they are very unfamiliar with Western markets and have partial and insufficient data on their users. The reverse also is true for Western companies, which is why everyone is seeking to develop partnerships to implement their technology, their know-how and penetrate layers that can be totally opaque in certain sectors, particularly in the Chinese market.

A legal void that is beginning to be filled?

It is France that launched the initiative in the absence of a European consensus. The GAFA tax, which was widely adopted by the National Assembly and approved by the Senate, provides for a 3% tax on companies whose turnover from digital activities exceeds €750 million worldwide and €25 million in France. Regulating the system is a good idea in itself, but how can we remain attractive and competitive for digital companies when our European neighbors do not do the same? Nevertheless, Italy and Great Britain seem to be following the path opened by France.

Across the Atlantic, the message received from Paris gets a lukewarm reception: “I think it's a tax that is geared toward hitting American companies disproportionately,” declared Bob Lighthizer, US Trade Representative, on the eve of the adoption of the tax on digital services by Parliament.

For some, the legal barrier could be the only obstacle to the implementation of applications, API or other digital tools that quickly become indispensable to their users. For others, it gets in the way of the development of digital technologies on French soil and indirectly in Europe, forcing some to relocate.

Where is the limit? Super apps

New uses, new players, the revolution of online distribution appears unlimited. The latest announcement to date is the creation of the crypto currency called Libra by Facebook (the largest customer database in the world) with a global launch in 2020. Uber, Lyft, Booking and Expedia as well as the main payment platforms are with the American company on this project.

The WeChat model outlines what a super app can do. "Traditional" OTAs are very far from this model and are not intended to reach it, but what levers should be activated to remain competitive and inescapable in the face of newcomers who are mixing a huge amount of data about their customers and have technologies that are constantly improving?

The strength of digital specialists: the customer experience

Making the purchasing tunnel intuitive and fluid is central to the success of digital platforms. Whether it is the arrival of OTAs or new players, the goals are the same: provide the customer with as many services/products as possible, as quickly as possible.

At a time when billions of human beings have their phones in hand as soon as they get up and only put them down at their bedside when they go to bed, digital technologies are perceived as essential more than ever before. And they are becoming so for certain aspects of everyday life and at work. It will take a long time to find a balance between man and the digital machine and it is constantly evolving. How can we perceive the fact that artificial intelligence is capable of creating a work of art, painting or writing poetry?

At all levels of use, the digital market is still far from having demonstrated its limits in this new ecosystem, people must find their place and exercise a profession where they will bring real added value.

With a computer, knowledge in programming and a good concept, THE right platform or application can be created. Airbnb or Uber are perfect examples. They navigate in unicorn waters without the precedence and profile of a corporation like Google, Amazon or Alibaba.

The historical actors of digital tourism are not to be neglected either. Booking seeks verticality by broadening its range of offers and therefore its points of contact with its customers. However, the platform is not in a strong position vis-à-vis hoteliers who have postponed the increase in commission that the website wanted to impose on them at the beginning of the 2019 summer season.

Expedia, on the other hand, is trying to improve its efficiency and therefore its profitability. CEO Mark Okerstrom wants to develop cross-selling and simplify its activities.

One thing is certain, the future of digital tools for tourism will not fail to surprise considering the speed at which technologies are evolving and the inventiveness of all the different creators.

Accor's return to financial equilibrium on the horizon

F&B, a new business in the luxury sector