The race for critical size is at the top of the agenda more than ever. On the one hand, Western groups are reactivating organic and external growth through mergers and acquisitions. On the other, Chinese groups, for the most part, continue to nibble away at additional market shares by inviting themselves, in a mostly friendly manner, into the capital of groups that are present in America and Europe. There is a clear desire to support the rise of outbound Chinese clientele and to have achieve a global footprint.

For more information, see the first part of this article.

The same cannot be said for its homologue Huazhu, or China Lodging Group, which was rewarded for its efforts this year: it climbed a rung and surpassed Best Western International. Huazhu proceeded to make further acquisitions, including the upscale hotel group Crystal Orange in Beijing in a partnership with AccorHotels to develop the group’s brands through franchise. Best Western, meanwhile, appears somewhat penalized by its cooperative model that generated more exits than growth in its hotel supply in 2016.

Western groups, meanwhile, recorded more moderate growth in their hotel supply focused on the franchise model that is subject to major fluctuations. Wyndham Hotel Group maintains a powerful position. The merger with Starwood Hotels, finalized last year, has brought results for Marriott International which strengthened its position as leader and stimulated organic growth by 5.5% between 2016 and 2017. The same is true for Hilton Worldwide, which relies on the growth of its brands Hampton Inns and Hilton Hotels, while shifting towards generational brands with the launch of Tru by Hilton, Curio and Tapestry Collection. The western groups are increasingly focusing on lifestyle brands and soft branding. In 2016, AccorHotels revealed its new brand Jo&Joe targeting “millennials”. Spanish groups are regaining ground after a few difficult years. NH Hotel Group benefits from the unfurling of its strategic plan dedicated to renovating its hotel supply, which it undertook in 2014. In March 2016, the operator announced a joint-venture with HNA Hospitality to develop the new brand "Nuo Han" on the Chinese market. 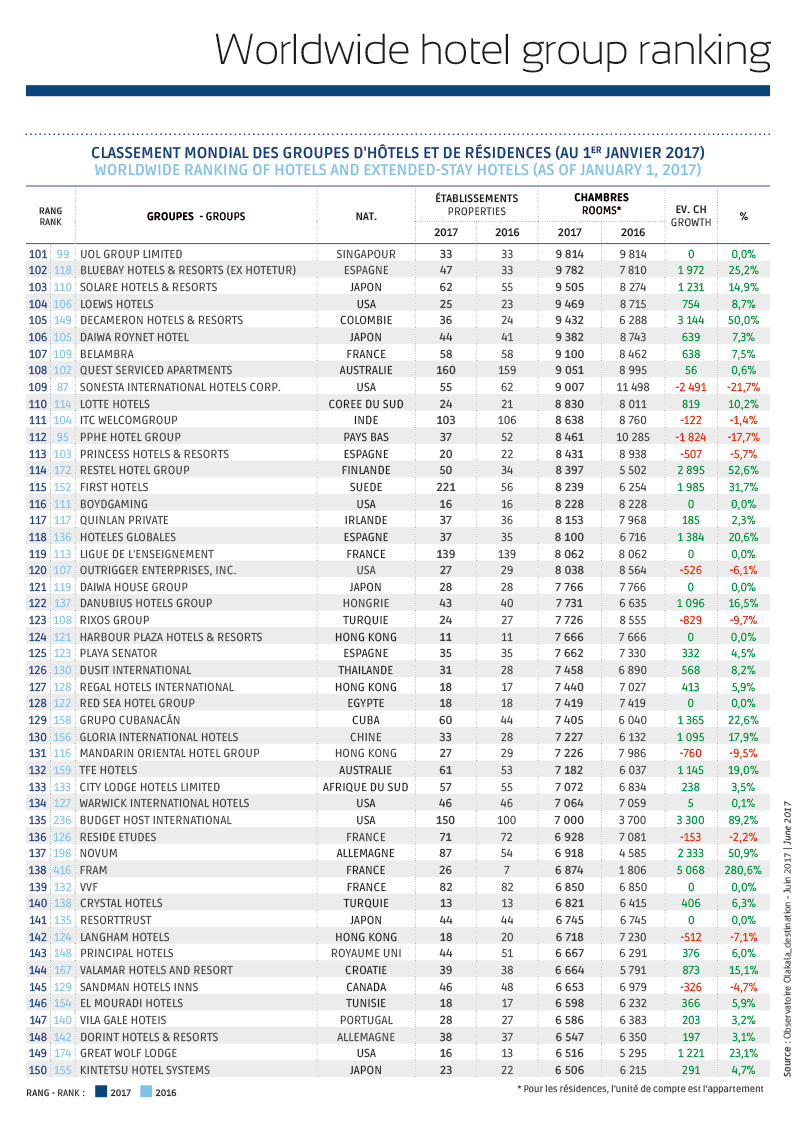 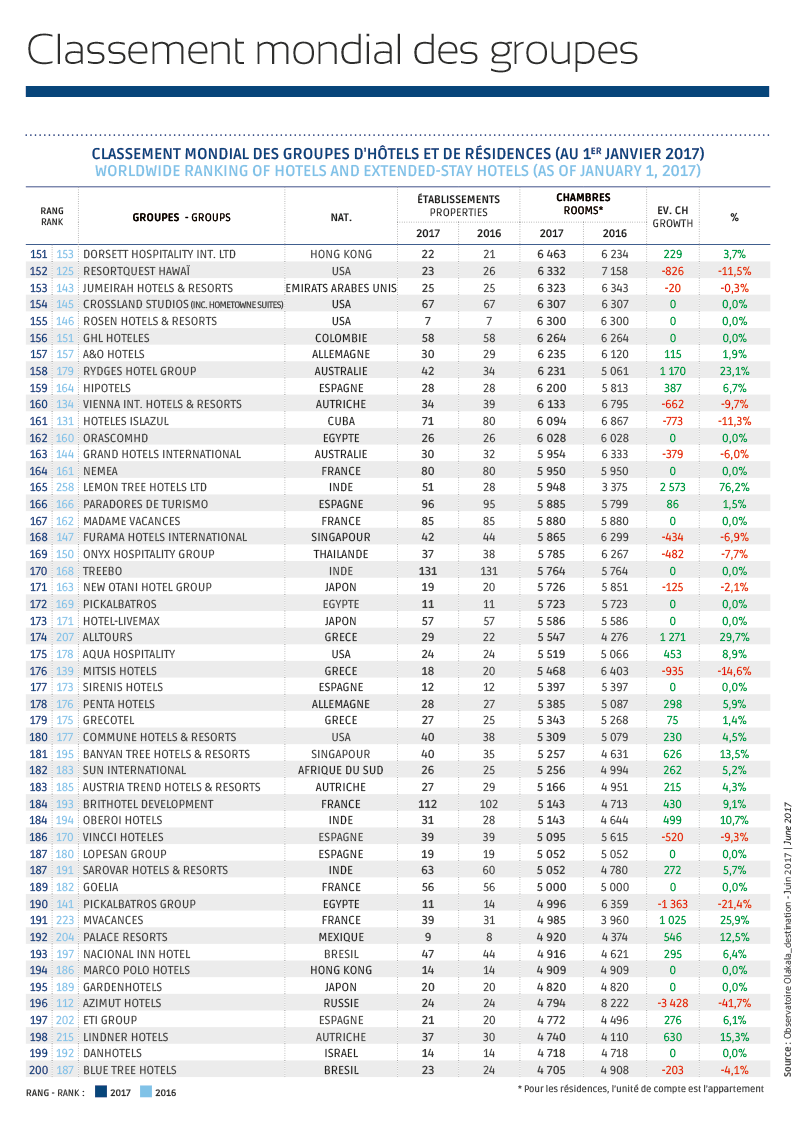 How to adapt your tourism offer to the LGBTQI+ community?