The Spanish hotel industry is not invincible. Facing the health crisis, the development of the hotel supply is not as resilient as before. There aren’t any new comers in 2021 top 5. With the notable exception of Barcelo, market leaders are losing ground.

At the top of the ranking of hotel groups in Spain, Meliá retains its position despite a drop in both the net number of hotels (-6) and rooms (-4.3%). This dynamic is mainly due to the net decline of seven properties of the Tryp Hoteles brand and six Sol hotels, representing reductions in rooms of -30.6% and -11.8%, respectively. Meliá developed its White Label supply (+57.6%, mainly via former Tryp hotels), and especially its Innside brand (+38.8%). However, these developments did not compensate for the decline of the two major brands mentioned beforehand.

The dynamics of the TUI Hotels and Resorts group in Spain are not much better. While the German group has developed its portfolio in Europe and worldwide, its supply in Spain declined by 1.3% compared to last year. This reduction can be explained by the contraction of its portfolio under the Grupotel, TUI Blue and Magic Life brands, while Sensatori and Suneo grew.

Barcelo maintains its third place and is the only group to consolidate its position. With a 5.6% increase in rooms and six additional hotels, the group gives the Spanish tourism sector a light of hope for the future. This positive evolution is due mainly to the opening
of four units of the Occidental Hoteles chain in Barcelona, Seville, Alicante and Las Palmas. For its part, Royal Hideaway is also increasing its room capacity by almost a quarter thanks to the opening of a hotel on the island of Tenerife.

The Hotusa and Marriott groups followed a similar trajectory, with an identical loss of 1.8% in terms of rooms. Hotusa, in fourth place, lost two of its hotels while Marriott, at the bottom of the ranking, closed three. The two Autograph hotels added to the American giant’s list were not enough to offset Marriott and Sheraton’s losses. 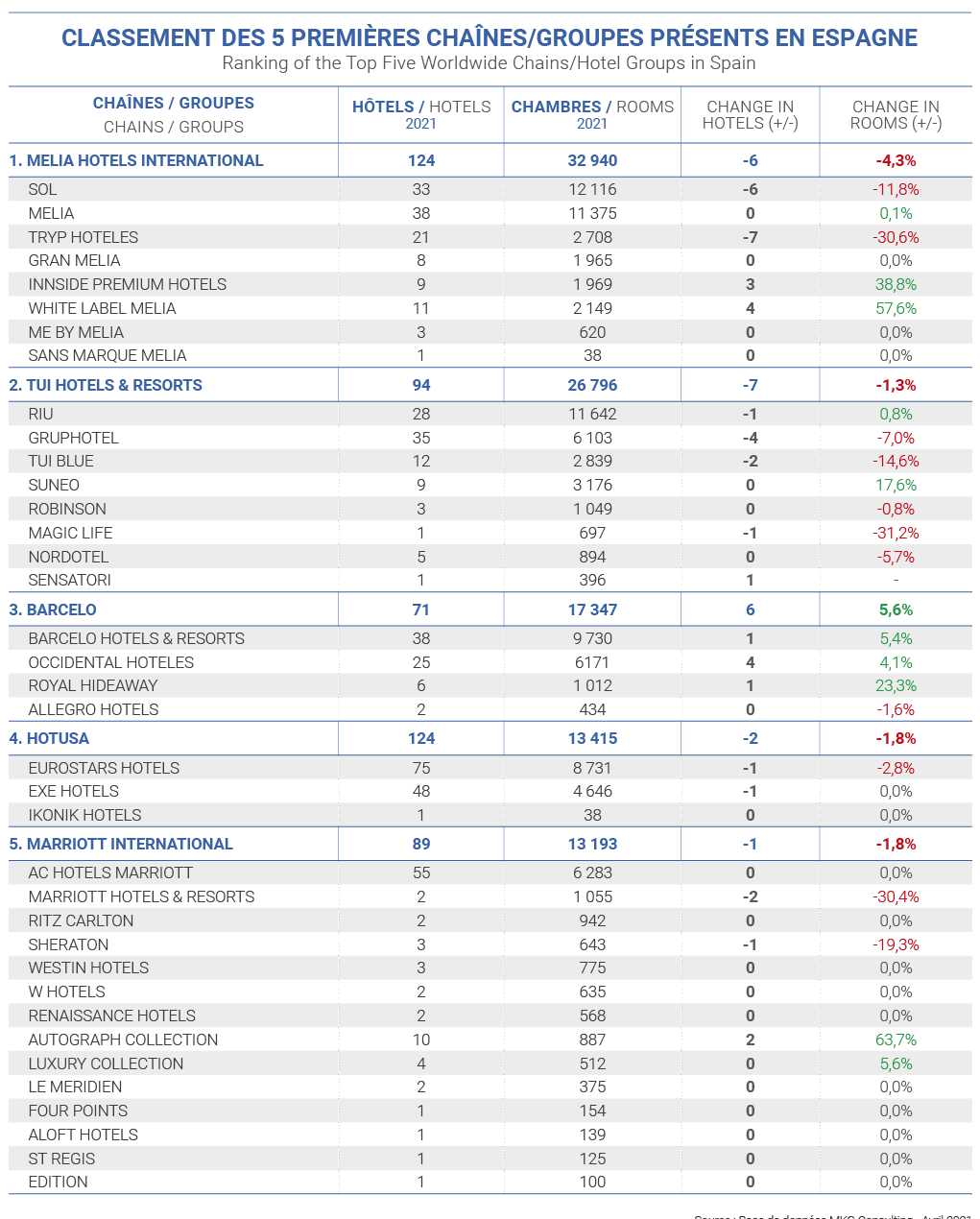