​​​​​​​The European subsidiary of the Israeli group Fattal Hotels has announced further openings in Spain and Italy, demonstrating a steady development of the chain in Europe in 2019.

This hotel located just 250 metres away from Roma Termini Central Station, featuring 81 rooms, one boardroom and a jacuzzi on the rooftop terrace with a 360° view over the city, is expected to open later this year, in December 2019. The design was precisely made by hotel interior designer Andreas Neudahm.

In the newly-designed Leonardo Boutique Hotel Rome, for example, I translated the traditionally Italian 'Dolce Vita' into a modern design concept: The minimalist furnishings in the rooms (open wardrobes rather than heavy cupboards) together with the fresh pastel shades of the walls create an airy feeling of space. In the lobby of the Boutique Hotel, the focus is on personal contact with the guest and Cosy Corners, which invite you to spend some time in comfort. Pictures with art designs that really sum up the spirit of Italy - such as vespas, pine trees and the coast - underscore the locally-inspired design of the house.

The next Leonardo Hotel will be near Zurich Airport (2020)

The new hotel is expected to open early next year (2020) and will launch the brand's entry into the Swiss financial centre. Located next to the airport, it will join the ranks of Leonardo Hotels' other Swiss addresses, including Alden Suite Hotel Splügenschloss and Leonardo Boutique Hotel Rigihof Zurich. Built by Burgring AG Immobilien, the hotel will have 116 rooms, a restaurant, a bar, several meeting rooms, a fitness area, a terrace and a private car park.

Zurich is very important for our company group. It is primarily an economically lucrative location, but clearly also an attractive holiday destination. [... The choice of location, close to the airport, was particularly strategic.] Guests will especially benefit from the fast connections to the airport terminals and the city centre of Zurich. The excellent location appeals to business travellers as well as leisure tourists. 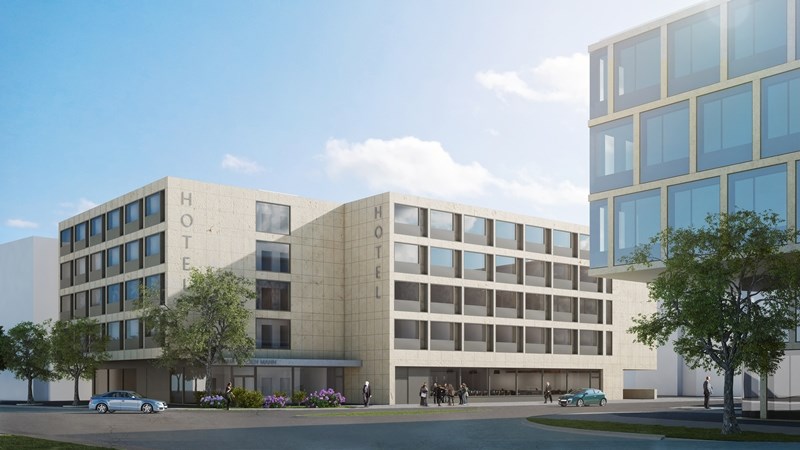 As the first hotel approved in Barcelona after the 2014 moratorium, it is expected to open late 2020, with 204 guest rooms in the district of Saints-Montjuïc. It will feature a rooftop with a terrace, on which there will be a pool with a view of the Catalan city skyline. The property will be not far from the Congress Centre, targeting business travelers to come to the hotel on MICE travel to Barcelona. 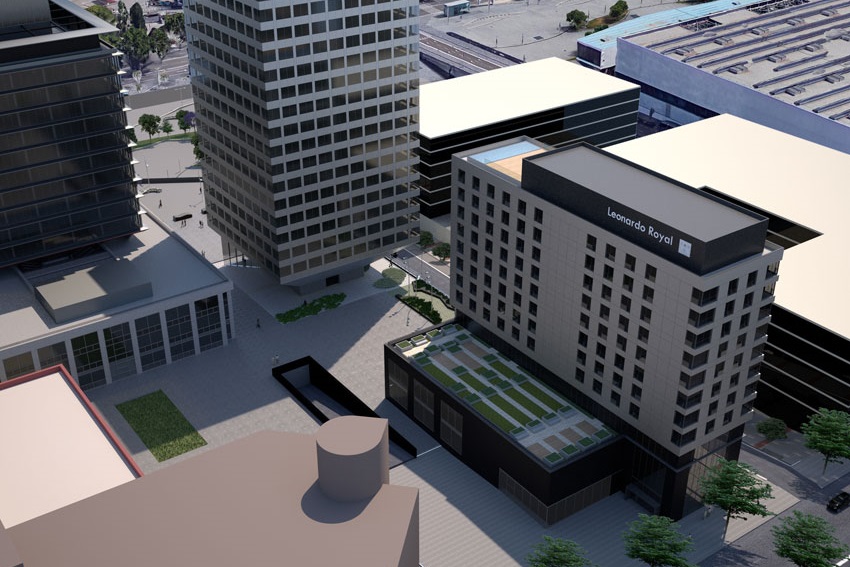 The Leonardo Frankfurt Europaallee, the fourth Leonardo hotel in Frankfurt am Main, will be located in the heart of the German financial center.  Located near Frankfurt's main station, the hotel will be housed in a 66-meter high office tower, alongside the Frankfurter Allgemeine Zeitung newspaper, which is expected to move there. The three-star hotel will have 348 rooms on 8 floors, a restaurant, a bar, a terrace on the second floor and two large meeting rooms for a combined area of 500 m².

Yoram Biton, Managing Director of Leonardo Hotels Central Europe, explains that "Frankfurt is a highly interesting and important location for our group given the banking sector, trade fairs and the airport." The Leonardo group, which does not own its own walls, leases the premises under a long-term lease. The design of the complex has been entrusted to the architectural firm Berliner Büro Eike Becker_Architekten, and the interior to Andreas Neudahm.

Two more hotels will open in Offenbach and Eschborn in 2020, bringing the number of Leonardo hotels available in the Rhine-Main metropolitan region to six. 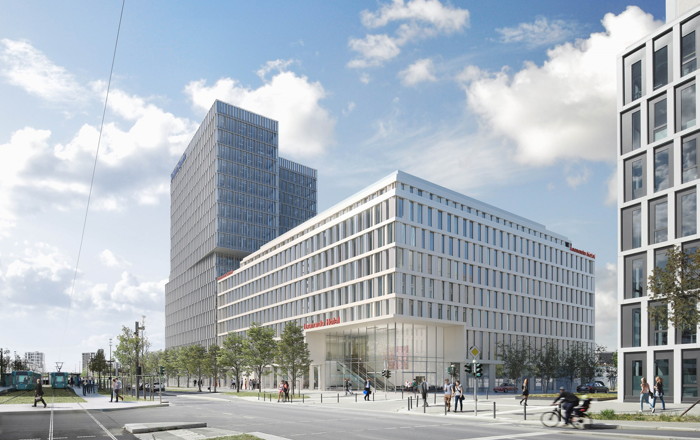 A chain with a strong presence in Anglo-Saxon markets

Leonardo Hotels Central Europe is a subsidiary of the Israeli group Fattal Hotels, founded in 1998 and present in Europe since 2005. Based in Berlin, the European branch is now established in Germany, Austria, Switzerland, Poland, the Czech Republic, Hungary, Spain and Italy. It has four distinct brands: Leonardo Hotels, Leonardo Royal Hotels, Leonardo Boutique Hotels and NYX Hotels by Leonardo Hotels. Hotels are mainly located in strategic locations, in city centres or near transport hubs, whether by air or rail. They target first and foremost business travelers, but also leisure travelers with a quality and affordable offer, based on the slogan "Feeling good".

The group is particularly developed in Germany since 2007, where it is present in no fewer than 20 cities with 50 hotels, eleven of which are in Munich alone where a NYX hotel was added last year. Another NYX property with 151 rooms recently opened in February 2019. Its second European market is Great Britain where it has 7 properties, to which one was recently added in Scotland. In addition, the acquisition in 2018 of four Grange hotels in London will increase the chain's fleet in Great Britain in the coming years. This purchase also marks the chain's arrival in the British capital with an additional 1,300 rooms divided between Grange Tower Bridge Hotel, Grange St Paul's Hotel, Grange City Hotel and Grange Holborn Hotel. The four hotels will be completely transformed before joining the group's portfolio.

The group is also expanding in Southern Europe, namely in Spain (a 109-room NYX hotel opened in Bilbao last April) and in Italy, as well as in Eastern, Central and Northern Europe. It has thus grown at a steady pace in recent years. Its fleet increased by +1.74% in 2019, with five additional properties, adding 196 new keys. Today, the chain operates a total of 72 hotels on the European market, ranging from mid-range to high-end. With the Jurys Inn brand, the number of properties has grown to 108 with 19,470 rooms.