Frances hotel industry posts results that are up on the first six months of the year compared to the previous exercise. Occupancy rose by 1.5 points despite a slump in April and May during rotating strikes.

This renewal of activity affects all hotel categories, nonetheless occupancy rate increases as hotels go up in range (+0.8 point for hotels in the budget segment and +2.6 points for upscale/luxury hotels). Upscale hotels benefited from the return of international clientele. (cf Graph 1: Monthly evolution by points of the occupancy rate since the beginning of the year). 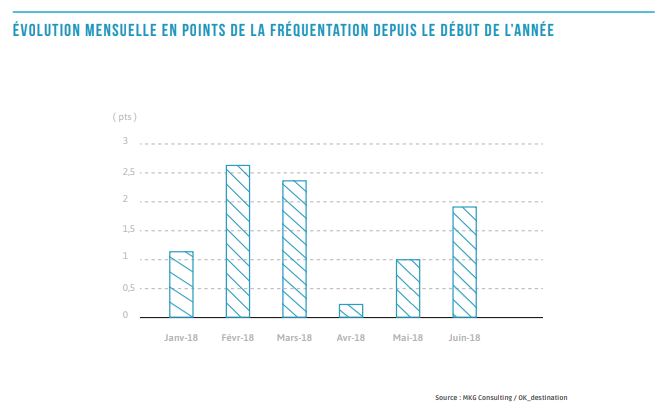 The Ile-de-France region, with an occupancy rate higher than 76% on the first 6 months of the year, reported the best evolution in occupancy rate with +3.3 points. This dynamic may be felt on the Parisian market (+2.1 points) but even more so in the inner and outer suburbs (+4.2 points) thanks to the zones of intense economic activity such as Roissy, La Défense, Orly, Porte de Versailles, etc. Occitania, the Hauts-de-France region and the PACA region report growth in occupancy by close to 1 point compared to last year. The other regions post occupancy rates that are stable with respect to 2017, but these regions were by two months of slowed activity due to the strikes in April and May. For the Nouvelle-Aquitaine region, the drop in occupancy may also be explained by the fact that in June 2017 the biannual Vinexpo exhibition was held in Bordeaux. (cf Map 1: Evolution of the occupancy rate by region over the first 6 months of the year). 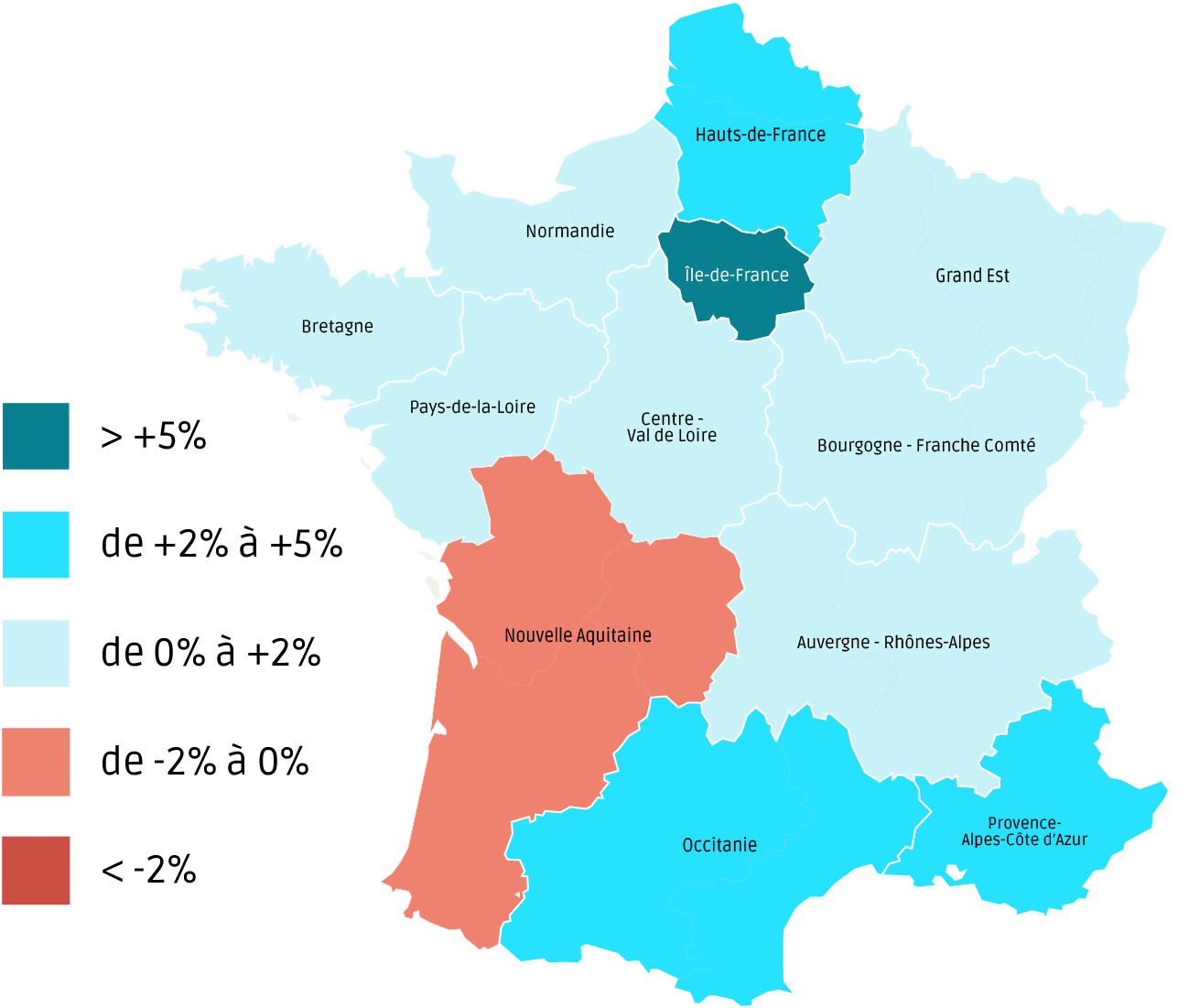 This good momentum should continue over the coming months and especially over the summer period. The initial trends observed in the first three weeks of July indicate that activity was substantially similar to previous months and even better in some regions, despite a the impact of the FIFA World Cup feared by hoteliers. The Paris market, thanks to the arrival of many foreign tourists, should see an occupancy rate close to that of July 2015 (its previous record before the attacks of November 2015). This will bring France closer to the performance recorded by its Mediterranean neighbors in 2017. It should be recalled that in July 2017, hotel results showed strong, sometimes double-digit, trends in Greece, Portugal, the Maghreb, Italy and Spain. In September it will be possible to make an initial assessment and see to what extent France has gained in competitiveness.

AN ANALYSIS BY MKG CONSULTING

The sustainable transition of hospitality