During his discourse on "the state of the State", the California governor, Gavin Newson, announced taking control by calling to a halt, the high speed train that was planned to connect Los Angles to San Francisco. The cost, which is too high, is one of the keys to understanding the "California High Speed Rail Authority". This announcement comes in the form of a coincidence: the line planned between Lyon and Turin is also under criticism, particularly by the Italian government further to dissensions within the government. Whence the question: is there a global loss of speed for high speed trains?

During his state of the State address (the equivalent of the "state of Union" address, but on a state, rather than federal) level, the recently elected Gavin Newson, governor of California, reconsidered the construction of the high speed train connecting Los Angeles to San Francisco. For him, if "if the economy and quality of life in California depend on the improvement of transportation" then "the project, as it is planned, would cost too much and would take too long."

This brings to a standstill the project that was supposed to connect the City of Angels to San Francisco Bay in 3 and a half hours, that was led by his predecessor, Jerry Brown. After signing for the start of construction in 2012, with construction begun in 2015, the project will be over in 2019. With, in particular, the main criticism being the 20% increase in construction costs and a delay that makes the project obsolete as of today - according to the governor. The other aspect of the problem comes from a lack of transparency denounced by the new administration, problems with impact studies, feasibility, financing.... 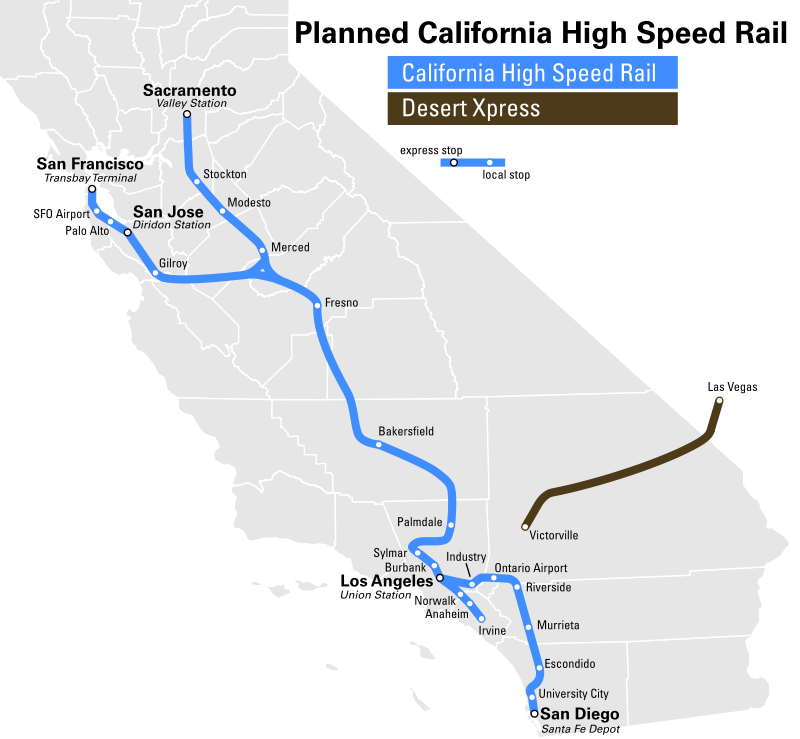 That said, the Governor left the door open, announcing that Phase 1 of the work, on the environment and studies, would be completed. As well as the construction, complete for the time being, of the section of the Central Valley Line between Merced and Bakersfield. That is, the two territories that probably needed the most development input, including some of the poorest counties in the United States. The Governor himself explained that he could not in any case put a sharp stop to the work under penalty of having to return the envelope provided by the federal government, and put himself in danger of a lengthy trial. It may only be a temporary halt before completely redefining the project.

Moreover this problem involving linking southern and northern California with record travel times, remains an issue that is the subject of all fantasies: the company Hyperloop One, now Virgin Hyperloop One, has long announced that it will be able to connect the two cities in 30 minutes. Thanks to a train running under vacuum by a magnetic process. So is the current project being put on hold to benefit a new project? Probably not: Gavin Newson explicitly said, in his speech, "that for the time being" there was no way to connect the two cities in controlled and efficient ways.

In less than a month it is the second major rail project that is threatened to remain in the blueprint stage for good. The other, the Lyon-Turin project between Italy and France, is at the centre of an unprecedented diplomatic and political turn: the Minister of Economic Development, Luigi di Maio, in fact the Deputy Prime Minister of Italy, assured us on February 3 that the line "will not be built". Hi is in contradiction with the other "Deputy Prime Minister" of Italy, Mateo Salvini, who remains committed to the project. All this is happening against a backdrop of tension between the two countries with the convocation of the French ambassador from Rome to Paris (a very symbolic form of reminder) on the one hand, and the meeting between some yellow vests and Di Maio on the other.

The minister of economic development Luigi di Maio surrounded by a few "gilets jaunes" from the RIC led by Yellow-vest Ingrid Levavasseur. 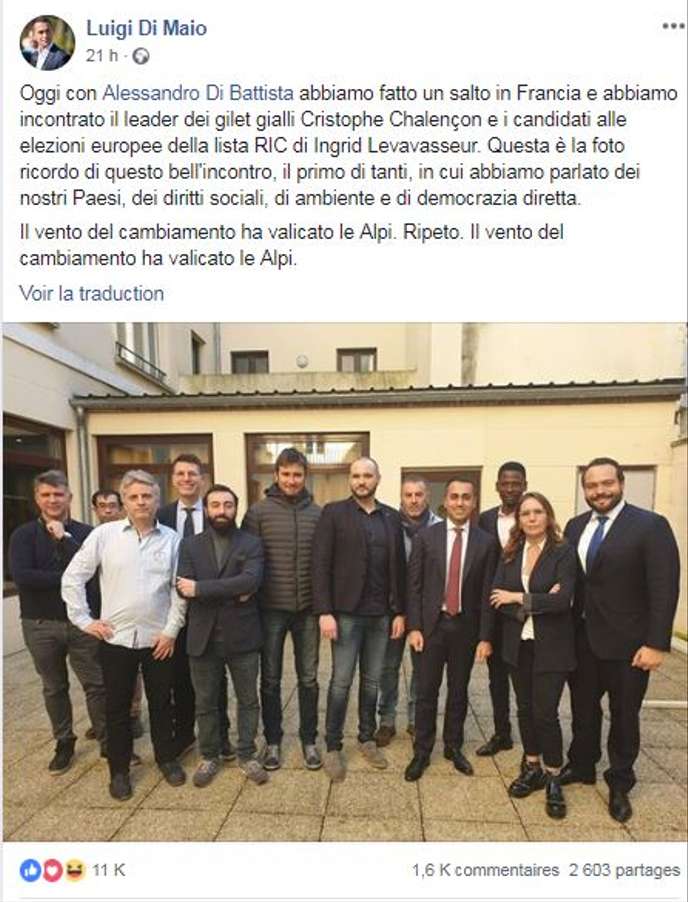 For this project, as well, it is the cost that is the subject of debate. Including on the French side. It is enough to look at a report from the Court of Auditors, dated August 1, 2012, that already denounced "a sharp increase in projected costs", with an additional cost of at least 2 billion euros planned for the entire project. The court further clarified that "these costs are subject to reassessment".

As a reminder, the high-speed line linking Paris to Bordeaux took more than 20 years to be built. What's next?