They delighted our palates with their delicious dishes. A great thank you to the chefs for their passionate work that reveals the know-how of French and European gastronomy.

He has been masterfully orchestrating the cuisine of the Café de la Paix since 2016. Chef Laurent André, who received a star for each of his restaurants, welcomed hospitality leaders with his local and seasonal cuisine. 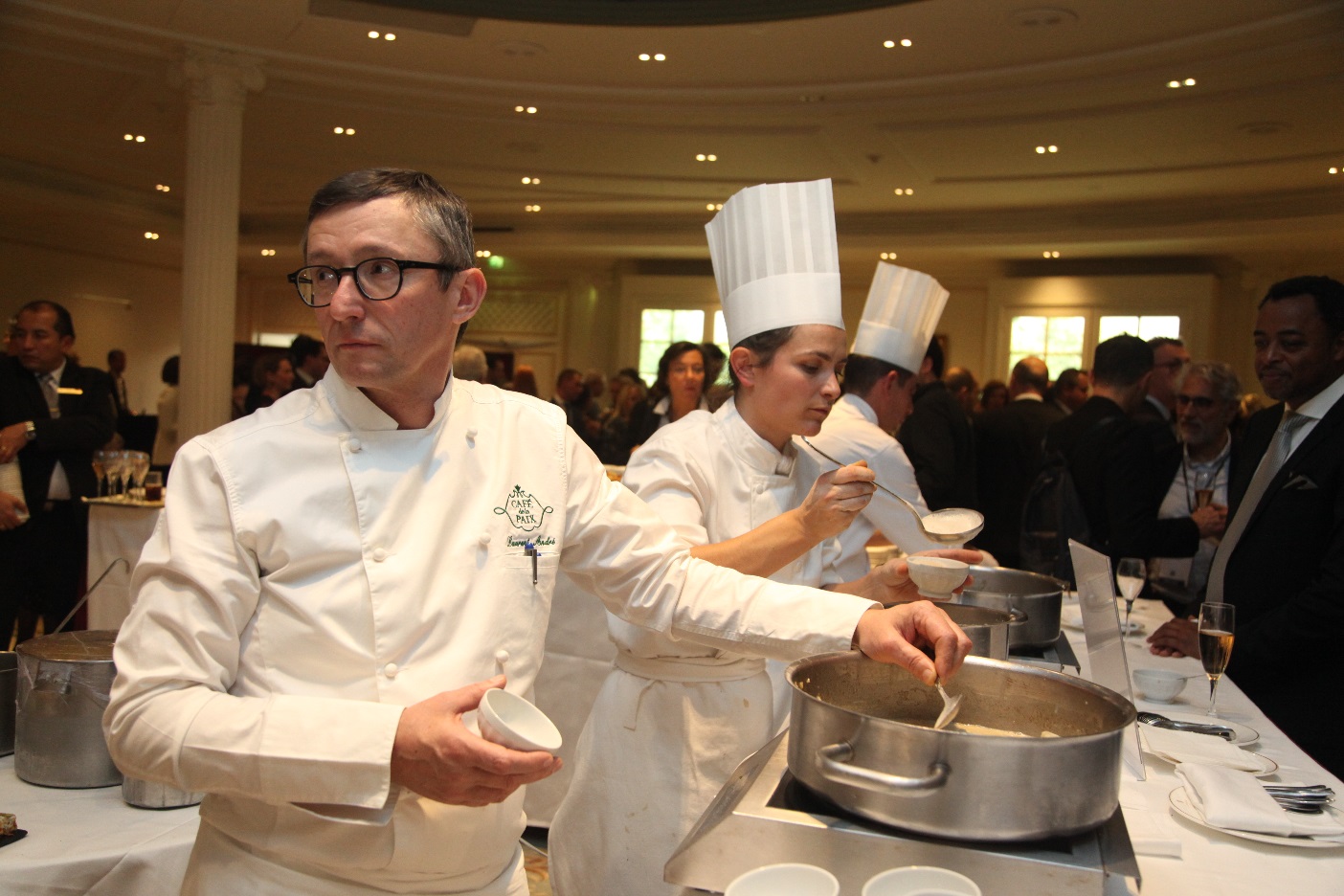 Arnaud Donckele, three-starred, Best Chef in the World 2019. Craftsmanship, exclusivity, creativity and the art of entertaining are the 4 pillars of the Cheval Blanc brand. A mantra perfectly transcribed in the excellence delivered by the kitchens of the restaurant run by Arnaud Donckele. 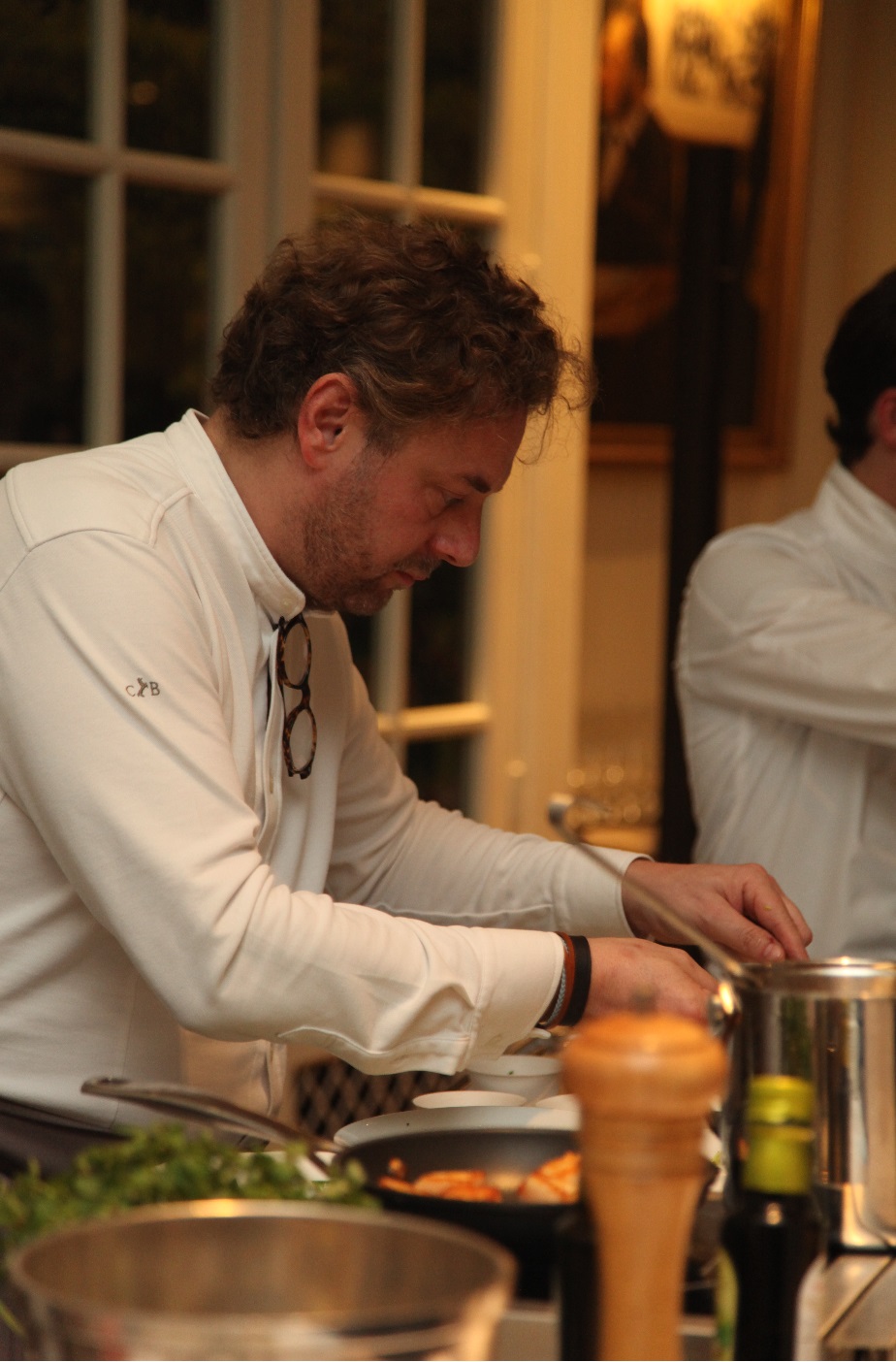 After 25 years behind the stoves in Provins and an episode in Barbizon, he climbed the ladder thanks to his apprenticeship masters and a will to always do better. Lionel Seret has taken over Le Beau Rivage, a Logis property, in Nogent sur Seine with his wife, Marie Dornier. 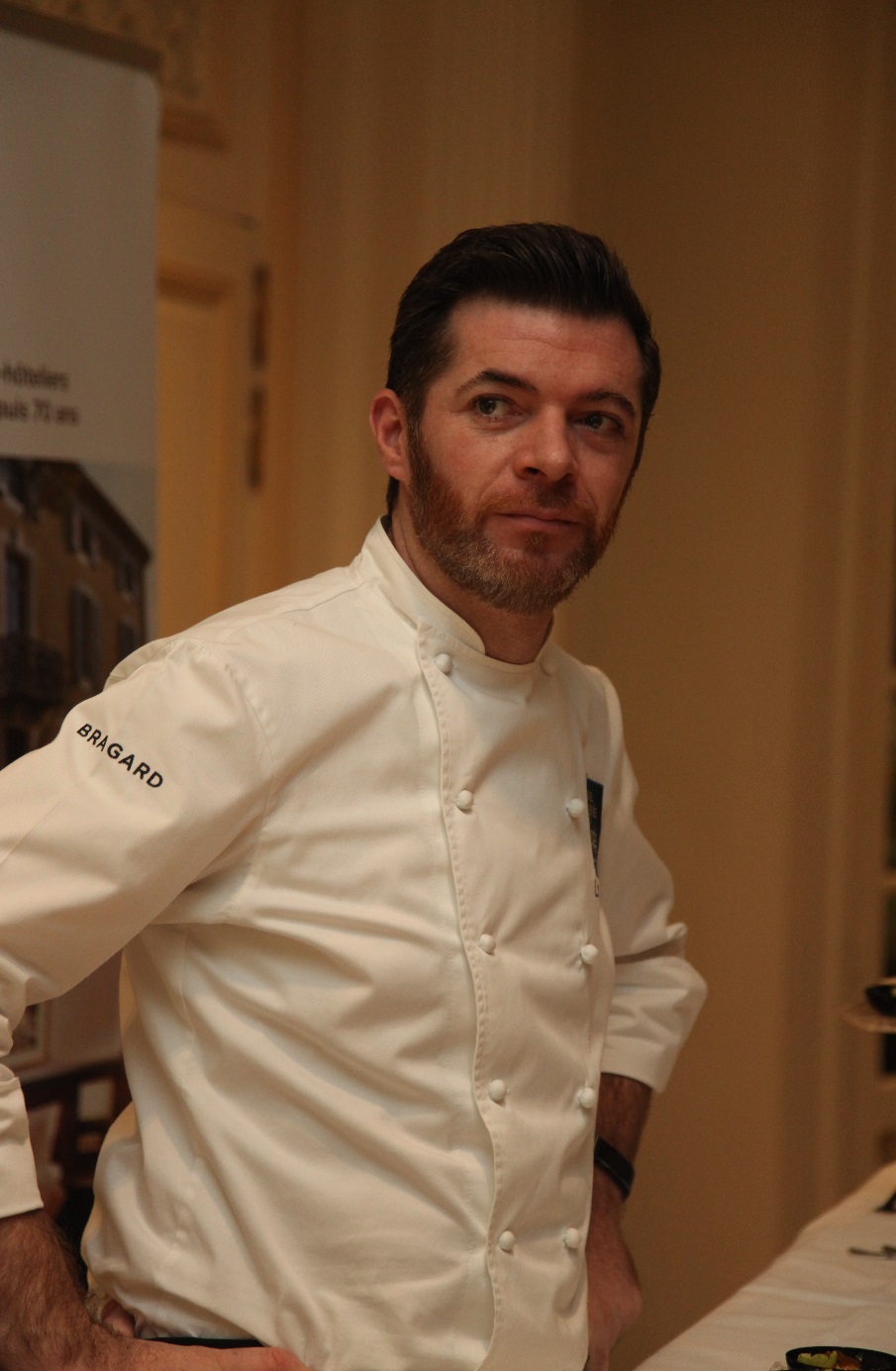 Nothing less than the reference of Greek gastronomy in Paris. A few drops of the Mediterranean enchanted participants through the cuisine of chef Andréas Mavrommatis, one Michelin star. 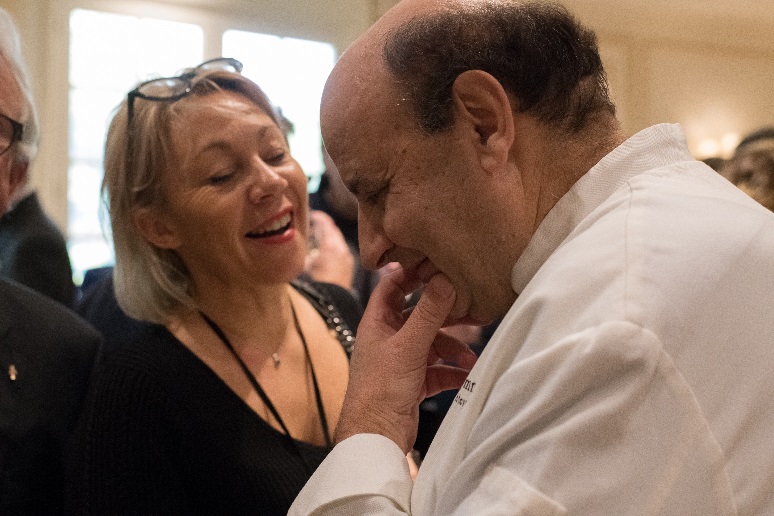