Because today big is beautiful, mergers & acquisitions, organic growth, vertical or horizontal development... What visions do these hotel group decision-makers have for their companies? Where do they plan to go and with what means? How do they see hospitality tomorrow? And the day after tomorrow? See you Tuesday, April 16, 2019 at Hotel InterContinental Paris le Grand. NEW SIMULTANEOUS TRANSLATION FR/EN.

Federico J. González Tejera, President & CEO, Radisson Hotel Group: He joined the world's second largest hotel group, Jin Jiang. 2018 marked a turning point for the group, which changed its identity to capitalize on the Radisson brand and created a new brand, Radisson Collection. What is the status of the strategic program he initiated when he arrived? What are his plans for Radisson hotels?

Karin Sheppard, Managing Director IHG Europe: She is developing the presence in Europe of the world's 4th largest hotel group, which is experiencing steady organic growth based on the strength of its brands from economy to luxury. At the end of 2018, the European number 3 launched the conversion brand Voco, adding one more string to its bow to develop its territorial hold on the global supply.

Dimitris Manikis, President and managing director EMEA, Wyndham Hotel Group: The American group acquired La Quinta in 2017 and expanded its brand portfolio. While its control of American territory allows it to be the 5th largest group in the world, its presence in Europe is more restricted, although it is still in the top 15. What strategy for the President & Managing Director, EMEA? What means and objectives?

Sébastien Bazin, CEO, AccorHotels: The French mastodon largely dominates the European supply since its two challengers do not reach its weight even by combining their fleets. Growth is far from slowing down for AccorHotels which has a rapidly advancing booster project and horizontal expansion that continues. With new partnerships, acquisitions and equity investments, where is Sébastien Bazin at? Where does he want to go in this industry that he often calls "blessed by the gods"?

Thomas Willms, CEO, Deutsche Hospitality: The German group is developing its lifestyle brands with the recent acquisition of a 51% stake in Zleep Hotels. In 2018, he announced that he wanted to reach 150 properties by 2020.

Simón Pedro Barceló Vadell, CEO, Barceló Hotels & Resorts: The Spanish group upholds its family tradition and ranks among the top 25 worldwide in terms of supply. Its four brands are aimed at young working people, families and MICE travellers. An offer from mid-range to upscale, hotels and resorts in EMEA and Latin America: What are the growth objectives? How does it complement the group's other activities?

Come to the Global Lodging Forum to learn more

A space for networking open to all to meet sign up 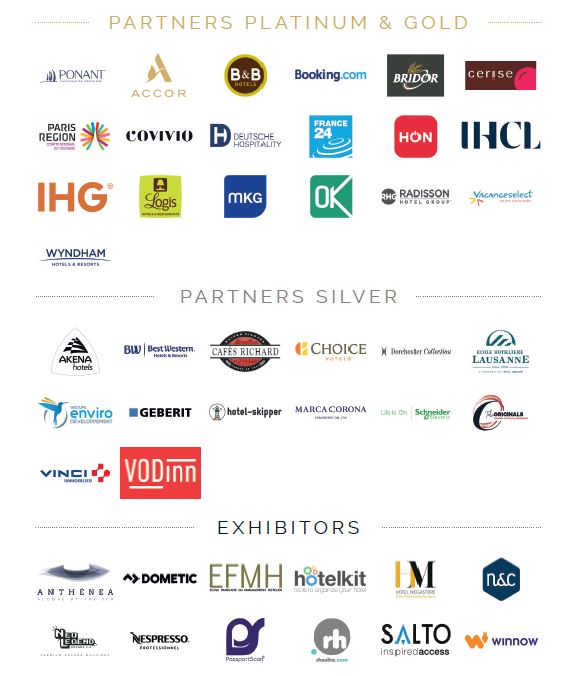 International tourism to make a comeback in 2022

The first assessments of summer 2022 in France