The group of resorts from the Caribbean has announced growth on several European markets in the years to come. Each of these brands should participate in this growth in the future.

After its arrival in Spain strategic partnership with NH Hotel Group to operate beachfront resorts in Spain, AMResorts is growing its presence in Europe with three properties starting with:

The group is thus entering the European market "with the complete range of brands" according to Javier Águila, President of the European division at Apple Leisure Group (ALG), even if the two brands, namely the adults-only Secrets Resorts & Spa brand and the Dreams Hotels family brand, are the two primary ones affected. Other brands such as Zoetry Wellness & Spa Resorts and Breathless Resorts & Spas are expected to follow suit in the future. The Alua Hotels & Resorts brand, acquired by the group last year and already very present in Spain, could also be called upon to contribute to this development.

For the Adults Only segment of a luxury brand with a long career in the Caribbean, we could not imagine a destination with as much history as Mallorca and in a region with as much tourist tradition as Calvià.

The opening of the first hotel in Europe under the AMResorts brand, which has the strongest presence in Mexico and the Caribbean, constitutes a key stage in our European expansion and a strong pillar in our global commercial strategy.

Javier Águila also explains that until now the hotel with 162 rooms and suites, 16th Secrets Resorts & Spa hotel, presents good results, remarking that they are able to achieve "the price levels we had set, which is one of the most important things to do in the luxury segment", even if occupancy suffered a bit this year due to strong competition from other Mediterranean destinations, such as Greece and Turkey. But according to Javier Águila, for a qualitative product like this, it is better "concentrate on positioning than occupancy in the first months, and we are satisfied with both".

The hotel was transformed before it was branded thanks to an investment of 3.5 million euros and through the intermediary of a strategic alliance with Hesperia Hotels & Resorts, which owns the property.

The group is expected to expand into the Spanish, Portuguese, Turkish and Greek markets. 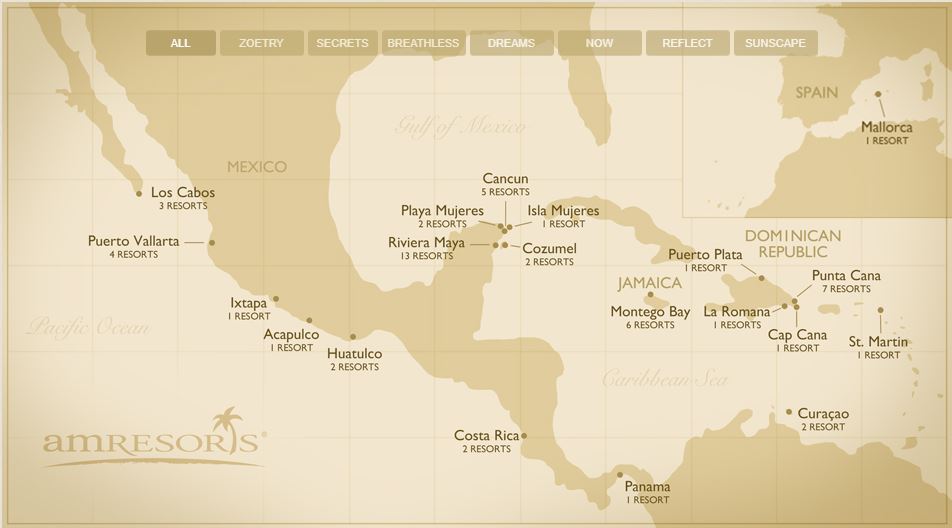 Dusit Hotels and Resorts ready to debut in Europe

Ruby Hotels to debut in Dublin