While more and more French people are giving up flying to go on holiday, the challenges of sustainable development are gradually integrating the different aspects of the tourism industry, starting with the hotel industry, which is developing increasingly environmentally friendly accommodation solutions. An overview of these concrete changes that are revolutionizing the sector today to preserve tomorrow's resources.

The transformation of the hotel and tourism sector towards sustainable development is a vast subject. To address this issue, we will treat the subject in three parts, starting with the measures that have swept around the world in the fight for zero plastic waste.

Six Senses, a pioneer with its innovative laboratories

One of the pioneers in this niche in the hotel industry is the brand Six Senses. Very committed to protecting the environment and respecting local populations, it has set up "Earth Labs" in each of its properties around the world. These experimental and observation sites aim to develop tailor-made solutions to optimize the needs of each hotel and thus reduce the waste discharged. With a target of zero plastic waste by 2022, Six Senses is developing solutions to provide its facilities with recyclable and reusable materials, which the brand has recently promoted in a series of advertising campaigns for its Six Senses Zil Pasyon, Six Senses Ninh Van Bay and Six Senses Laamu properties (home page photo in this article).

Thus, the water bottles used in these properties are all made of glass, while stainless steel straws have been used in the villas of the Six Senses Zil Pasyon property. These seemingly insignificant objects in their plastic version are reputed to be highly polluting, especially for the seas and oceans, while these can be cleaned and reused. A little perk: guests may even take them home at the end of their stay, to adopt a zero plastic waste attitude and change their daily consumer habits.

Each straw is presented in a hand-made pouch made from the traditional African shweshwe material by the local women, supporting the local community. (…) We would like our guests to take home not only memories of our island, but also new ideas on how we can all make small changes in our everyday lives towards a more sustainable future. 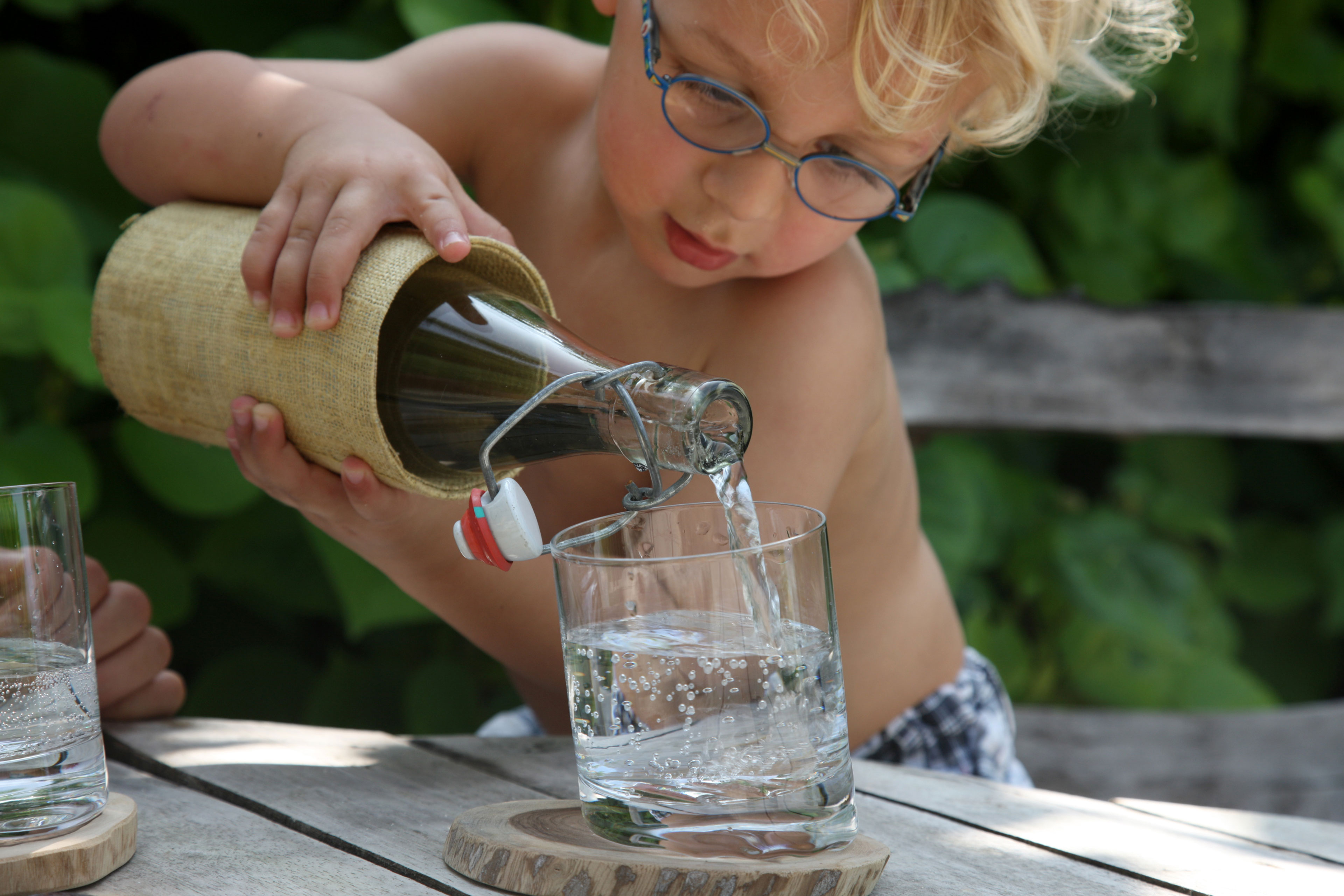 At Marriott, bottles are disappearing from bathrooms

The world's leading hotel group, Marriott International, meanwhile, announced at the end of August that it had removed single-use small-capacity vials from its hotel rooms and replaced them with large containers. To date, 1,000 properties have already applied this measure across North America; the rest of the group's properties around the world are expected to follow suit by the end of 2020. This solution should prevent the waste of 500 million plastic bottles per year, for a total volume of 1.7 million pounds (0.77 million kg) of plastic per year, resulting in a 30% reduction in plastic waste.

Arne Sorenson, president and CEO Marriott International, commented on this measure, which is not the first one taken in an effort to reduce plastic waste:

This is our second global initiative aimed at reducing single-use plastics in just over a year, which underscores how important we believe it is to continuously find ways to reduce our hotels’ environmental impact.

Indeed, a first campaign to replace small bottles was carried out in 2018, in about 450 hotels worldwide. It is therefore a gradual process that the group has been engaged in for more than a year and that it intends to continue until next year. This measure is integral to the Group's strategy to reduce the impact of its business on the natural environment, particularly through its Serve 360: Doing Good in Every Direction platform.

This strategy "addresses social and environmental issues" as stated in the official press release. More precisely, it explains that  "as part of its Serve 360, Marriott International is working toward several sustainability goals such as reducing landfill waste by 45 percent and responsibly sourcing its top 10 product purchase categories – including guestroom amenities – by 2025. These goals, along with other sustainability programs, help reduce Marriott’s global environmental footprint." For example, in addition to alternative containers in bathrooms, the group has also progressively eliminated all single use plastic straws from its properties, a goal which has been reached last July. Finally, Hilton has also adopted the zero plastic trend. The group announced las April that i eliminated these objects from its properties in the United Arab Emirates. As a result 3.5 million straws and 2 million water bottles have been removed from 25 Hilton properties in the Gulf State. This measure is part of a global effort to reduce single-use plastic including more than 2.4 million food and beverage containers and 5 million plastic bags which have been replaced by biodegradable products.

Last May, we made a promise to eliminate plastic straws as well as plastic bottled water from meetings and events, from all of our UAE hotels, and we are proud to have accomplished this goal. We will continue to work with suppliers to ensure that wherever possible, single-use plastic items are replaced with biodegradable and/or paper alternatives. These efforts support our global Travel with Purpose goal to cut our environmental footprint in half by 2030, to be better stewards of our natural resources and have a lighter environmental impact in our local communities.

This is far from being a first for the American group as it had already begun the process in other properties. Last year, it announced it would pursue a global policy to eliminate single-use plastic waste in 650 properties by the end of 2018. For example, edible seaweed straws were provided at the Hilton Waikoloa Village. In addition to being edible and therefore biodegradable, they can also be flavored, for example with strawberries. Another commitment to this end was to eliminate the use of plastic bottles from its meeting rooms through its facilities in Europe, the Middle East, Africa and the Asia-Pacific region. A total of 20 million bottles would be spared that would otherwise end up polluting the oceans and seas. Hilton's long-term goal is to reduce its environmental footprint worldwide by 50%.