A destination marked by the passage of Empress Eugénie, wife of Napoleon III, among other great historical names, Biarritz relies on its tourist assets such as beaches, sports (especially golf and surf), gastronomy and thalassotherapy centres.

The city has 16 golf courses within a 100 kilometre radius and offers around thirty competitions year-round. Several are international such as the Biarritz Cup (created in 1898) which takes place every year at the Golf du Phare. 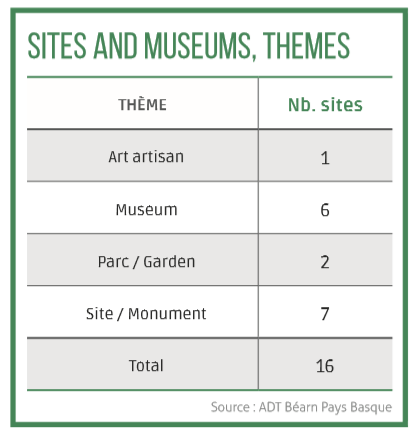 Following the film "The Sun Also Rises" shot in the region and released in 1957, surfing found followers in Biarritz and the latter gradually took the nickname "Mecca of surfing". In May 2017, it celebrated 60 years of surfing and hosted the World Surfing Championships of Nations.

Among the cultural events that the city hosts, we note in particular: the International Festival of Audiovisual Programmes (FIPA) in January, bringing together nearly 3,000 audiovisual professionals and aiming to reveal innovative, original and free programmes in all formats; the young hybrid festival "Les Beaux jours de la musique" in April, a new music festival "Biarritz in summer" in July, the Festival de Piano Classique in August, "Le Temps d'aimer", a dance event in September, or "Biarritz en Lumières", an urban event welcoming thousands of visitors. 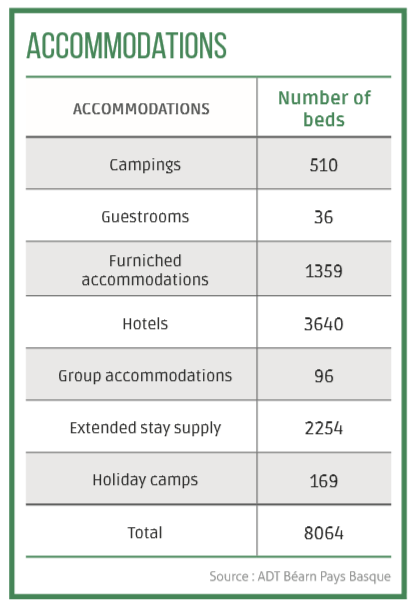 To meet the needs of business customers, the city has three downtown convention centres:

- The former Gare du Midi with a 1,400-seat auditorium

- The Bellevue centre can accommodate up to 500 delegates or 1,200 people for receptions and gala dinners

- An 8,000 m² Iraty exhibition hall, close to the TGV station, the international airport and the motorway exit.

The municipality estimates the impact of tourism activity for businesses in the city at more than 100 million euros all activities included, figure based on the average spending of 163 euros per night. MICE activity represents 10 million € per year for hotels. 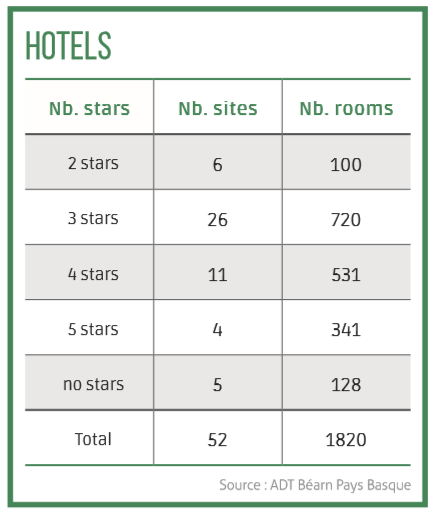 This activity is offset by the decrease in the city's population, which fell by 5.9% between 2010 and 2012 according to INSEE. The drop hase even reached -15.1% since 2007 and the trend can be explained by the arrival of tourists causing property prices to skyrocket. The neighbouring towns of Bayonne and Anglet continue to grow.

Full of character and more than 15 centuries old, Bayonne highlights its geographical assets: it is located 10 minutes from the ocean, 30 minutes from Spain and 40 minutes from the first foothills of the Pyrenees. It is near the seaside resorts of the Basque Coast such as Biarritz and Anglet, traditional villages (Espelette, Sare, ...) and close to the wild beaches of the Landes Coast.

Biarritz Pays Basque airport is located 15 minutes from downtown Bayonne. Flights from Paris (1h), Lyon (1h) or London (2h) are provided daily. The Bayonne TGV station is located in the city centre and links several major cities daily such as Madrid, Toulouse and Paris (4h45). By car, Bayonne is 2 hours from Bordeaux and Pau, 3 hours from Toulouse, 5 hours from Madrid, Nantes and Montpellier, 6 hours from Barcelona. 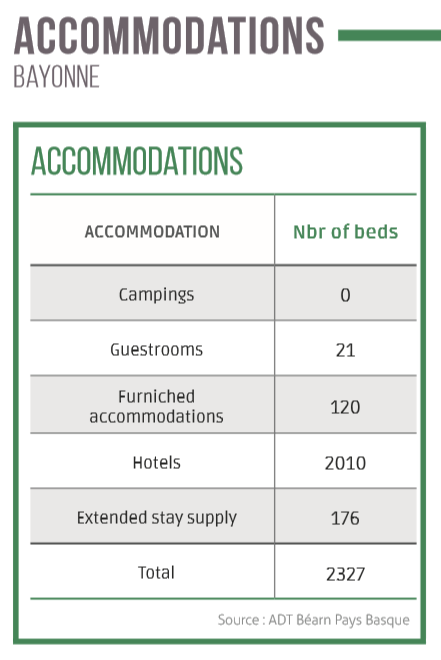 Among its monuments or emblematic sites are its ramparts, the cathedral of Sainte-Marie de Champagne which dominates the whole town with its two spires, the Basque Museum founded in 1922 retracing the traditions of Basque society and the history of Bayonne, the Bonnat-Helleu fine arts museum.

In March-April the 550-year-old meeting place of the season is called the "ham fair", where some fifty exhibitors present their production secrets for four days and have their ham tasted to the rhythm of traditional musical events and various sports and culinary competitions. At the end of July and for 5 days the famous Bayonne Festivals take place with a program of concerts of bandas, corso and cavalcades, parades of "big heads", cow races, dantzazpi (dance) and pelota tournaments. On some dates during the summer season, "ferias" (bullfights and fights) are also organized in the arenas of Bayonne in particular, where the arena's capacity is 10,400 seats. 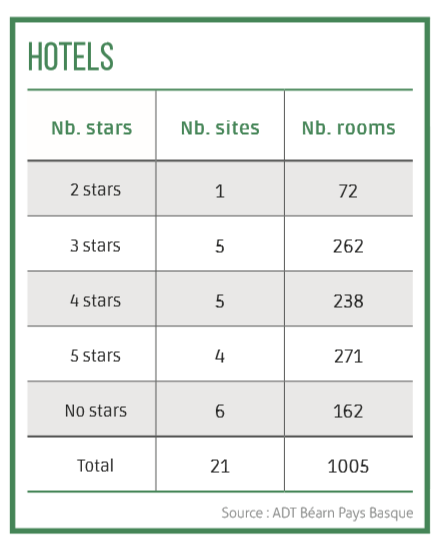 Bayonne also has an athletic culture with its Basque pelota, rugby, rowing and golf.

The city provides free bicycles for a maximum of one day. Cyclists can enjoy more than 40 km of cycle paths.

Free electric shuttles also criss-cross the city outside Sundays and public holidays.
The Tram'Bus project, combining tramway efficiency and bus flexibility, should be on the road by 2019. It will comprise two lines (the first from Bayonne Nord to Biarritz centre via Anglet and the second from the centre of Tarnos to the south of Bayonne) for a total of 25 km. 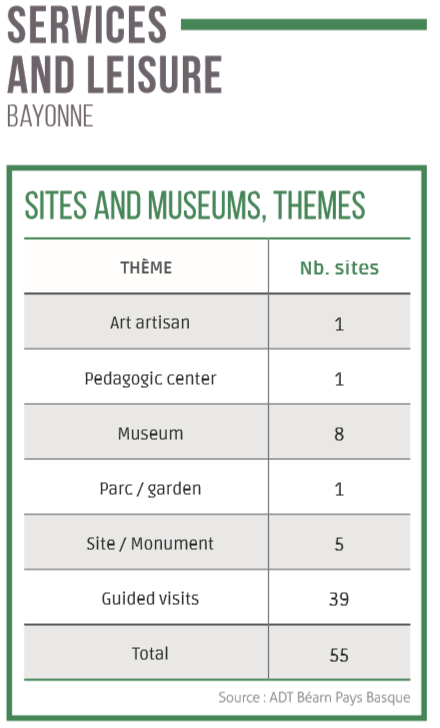 After several years of progress on the three hotel performance indicators, the Bayonne-Biarritz conurbation is experiencing a -3.6% RevPAR on the YTD as of June 2018. This is a first setback if we go back to 2015, the year hit by the attacks on French territory. The occupancy rate increased slightly by +0.6% in YTD in June 2018 but this growth is less than in previous years.